You have certainly heard about the wheat and chessboard fable: An Indian ruler once granted a wish to a wise man, and the wise man demanded wheat grains: One grain was to be placed on the first square of a chessboard, twice this amount on the second square, then this amount was to be doubled again on the third square and so on. In the end, it turned out that – adding all the squares of the chess board – the wise man had wished for 18 quintillion wheat grains.

Why am I telling you this? Last year, two scientists, Andrew McAfee and Erik Brynjolfsson published a book titled The Second Machine Age. In this book, they discuss how our world will change in the course of the digital (r)evolution. According to the authors, we are already on the second half of the chess board, where the quantity of the wheat grains per square is already huge and gets larger at an ever increasing speed.

This principle transferred to the economy means: In the digital age, the quantity of what the economy can produce increases exponentially; at a rate that cannot be compared to the speed of progress in the past.

Above all, this concerns the IT sector: As early as in 1965, Gordon Moore, co-founder of Intel, predicted that the capacity of computers would double about every 18 to 20 months – the so-called Moore’s Law. Indeed, it still applies today. In the final end, this is what it means: As it is, the amount of data we have today is already enormous. We speak of previously unknown dimensions. Plus, all this information is available globally and more or less in real time. Remember the stock exchange crash in China in August? Within the shortest period, markets all over the world were in turmoil.

We can already guess where the digital development will lead us: As it is, we already know now that in a future not even so far away, thanks to digital technology, driverless cars will move in our streets. In addition, computers will contribute to increased life expectancy (a woman born today will reach an age of about 102 years), or to a more effective and improving use of our resources. Digital development shapes and will shape our world!

The Winner takes it all

One basic rule for the economy in the digital age is: The winner takes it all! Take Google as an example, inventor of the search engine. The company has a market share of over 90 percent. Or Hollywood: For her last role, Julia Roberts received 19.5 million dollars. The average Hollywood actor makes 2,000 dollars in a month. So, if there is a winner, he takes it all – on any industry.

On the other hand, the fast-paced digital development produces new products and services at incredible speed. Consequently, the cards for companies are reshuffled every 18 to 20 months. Google has recognized this fact, too. Not too long ago, I visited the company and what they told me was, roughly: “The search engine is an important part of our business. But we are aware that today we are just scratching the surface of what computers can do.”

Do you remember a company named Kodak? When I, as a young man, did an internship in New York, about 100,000 employees worked at Kodak’s central office in Rochester, NY. Everybody took for granted that Kodak would stay forever! In 2012, just 50 years later, the company filed for bankruptcy. The digital development had “out-Kodak-ed” the enterprise.

You could also say: Kodak was “out-Uber-ed”. Uber is a perfect example about how one company can revolutionize an entire industry thanks to the digital development. Today, six years after its establishment, Uber is worth 50 billion dollars. Or take Airbnb: It took Hilton 80 years for 650,000 beds worldwide, Airbnb has one million beds after five years. In the meantime, the company’s value has skyrocketed to 22 billion dollars – and it does not even own one single bed.

The world I grew up in was different. Progress was slow and above all: it was measurable. It took 50 years for the steam engine to make it to the European continent from England. After the invention of the car, it took Henry Ford 50 years until he was able to produce cars industrially. And it took Japanese companies another 20 years to do so, as well.

Compared to the past, progress today is extremely fast-paced. This results in ever-increasing difficulty and complexity of the market conditions. Presently, we are already witnessing the disappearance of the over-the-counter retail business. It is being “out-Amazon-ed”. If you don’t run an online business, chances are that you will not survive.

Digital development does not even spare the education sector: Together with his partners, the German computer scientist and former Google vice president Sebastian Thrun in 2012established Udacity. This enterprise is specialized in online courses and lectures – so-called MOOCs (Massive Open Online Courses). Today, you can do your studies completely online instead of going to a campus university. The University of Phoenix in Arizona, USA, which primarily offers its programs online and is the largest university of its kind, has over 400,000 students! Even at Harvard, they found out by now that offering study programs online might perhaps not be such a bad idea.

Companies must react to the digital developments, adapt processes, and identify new business models and fields. At this stage, it is possible to determine some of the trends:

Students often ask me about the consequences of the digital development for their career and about the advice I could give them. When I started my professional career, I came to university via second-chance education. But I did not have to face global competition. If you lived in Munich, you went to university in Munich and then knocked at the doors of Siemens or Allianz for employment. And then you stayed there.

If I look at CVs of young students today who apply for an internship at McKinsey, it reads about like this: “I got a perfect Abitur (the German higher education entrance qualification) and have done internships in Nicaragua and Myanmar. My extracurricular activities include work for Amnesty International and I also play an instrument. And by the way, I am 23.”

I am not really sure whether I like that, but this is the reality of our transparent world. Competition is incredible – prospective entrepreneurs and managers included. On the other hand: A world forever changing at high speed also produces ever new chances. My advice therefore is: Carpe diem! Use the day! This motto has always served me well in my career.

The 18 quintillion wheat grains mentioned initially would – by the way – make for a mountain higher than Mount Everest. I myself am a passionate alpine climber. To work my way up to a mountain top was an important counterbalance during my career. I have met many people who invested every minute into their careers, and then became addicted to money or status. Working incessantly does not work. Once, this motto came to my mind: One-winged birds can’t fly. It doesn’t matter if you choose sports, reading or another hobby that inspires you: Think about your second wing when tackling your career!

Prof. Dr. Herbert Henzler is one of the most successful management consultants in Germany. He was, amongst others, German as well as European Chairman of McKinsey & Company and Senior Advisor of the Credit Suisse Group. Today, he is a Senior Director for the investment bank Moelis & Company and holds various supervisory board mandates. Prof. Dr. Henzler is furthermore holder of the German Federal Cross of Merit, has published various books on economic and societal topics and is a professor at Munich’s Ludwig-Maximilians-Universität as well as Skolkovo Moscow Business School. Please find here Prof. Dr. Henzlers publications on Amazon. 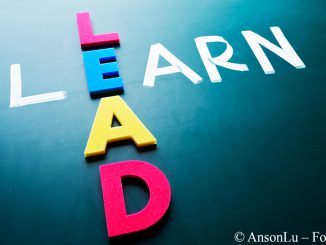 Learning in the Era of Digital Transformation 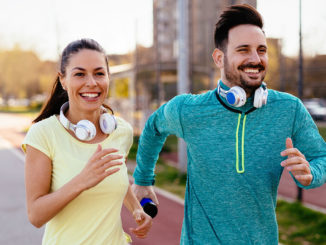 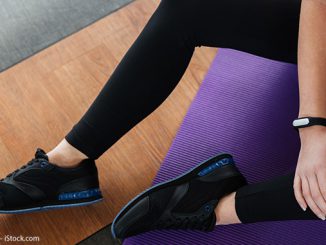 The Effect of Digital Transformation on the Fitness Industry