It was tradition, ritual and habit. Now we say goodbye to the handshake to keep distance and avoid infection. It turns out we need a reliable alternative. Especially in the office and on official occasions.

Only a few weeks ago, the handshake was considered a reliable gesture of welcome and farewell. It was the first commitment to communication and to refuse it was against the rules of good manners. It signalled respect for the greeted person up to readiness to negotiate on difficult issues. Intensified by a look in the eye, it created in a few seconds closeness and trust, even allowed some conclusions about the character of a person. A person who was strong of will and self-confident was someone who could grip courageously. We found it difficult to hold a light, shallow hand, although the well-travelled person knows that, especially in Asian countries, a firm handshake has always been interpreted as rude and coarse.

In the news, we Europeans were used to seeing the symbolic handshake of two heads of state as a familiar but important sign of goodwill at the highest level. With it we have internalised the rules of decency, respect and politeness. Moreover, the handshake has replaced a contract between men of honour. And the Bible already knows the handshake. In the New Testament, Paul is given the “right hand of friendship” in Jerusalem. In the Middle Ages it was a sign that people appeared unarmed and therefore a symbol of peace.

Protect in the Long Run and Establish a New Ritual

But it is not only since today that we know that droplet and smear infections can be transmitted by shaking hands. To undo the possible consequences of a handshake with disinfectants would in any case be to devalue the gesture. What all flu viruses have failed to achieve in recent decades is now being done by SARS-CoV 2, the cruise missile among the corona pathogens. It forces us to stop shaking hands and to establish new forms of greeting, especially for formal interaction, where the elbow check, because it is too casual, and the useless, because clumsy foot salute are no substitute actions.

But before we look for a suitable alternative to the hand greeting, we should agree on what a personal greeting between people, especially on a formal level, should achieve today. Is the greeting simply the first prelude to a personal meeting? Do I want to express true respect to my counterpart or even signal willingness to negotiate? Then a pause at the prescribed distance could be enough, a second glance into the eyes of our counterpart. Let us call this moment the “true moment” or the “clear moment”. Because not only tears, but also eyes do not lie. Accompanied by a benevolent nod, this moment of truth would reveal much more to us than a handshake. For example, whether someone is benevolent and sincere towards us, defensively goes into the encounter or rather shows dominance behaviour Let’s not forget that a firm handshake can be trained, but not the authentic moment.

As can be seen in self-experiments with colleagues or superiors, the reactions of the other person’s eyes are concerned with whether the pupils dilate or close. Usually they become larger when positive emotions are present, and smaller with negative thoughts. In the context of the situation and accompanied by other clues such as spoken words, the eyes can be a good indicator of the true feelings and intentions of our counterpart. Scientists have calculated that people experience eye contact up to 3.2 seconds as pleasant. Certainly with the Japanese we should refrain from this and instead look down, avoiding confrontation.

It is important to remember that the missing handshake is not rude, but prudent. To pay attention to each other with distance is simply the new gesture of respect today. We just have to get used to it. Brain research has shown that after about three months, new neuronal connections are formed in the brain and changes then become second nature as a new habit. But let’s save the hugs, cheek kisses and air kisses for good friends and our loved ones. Also the tender holding of hands must not be lost. As Baron von Knigge once said: “Without a kiss on the hand you can get through life quite well – but not without each other.” Ideally, the hands should be sterile. 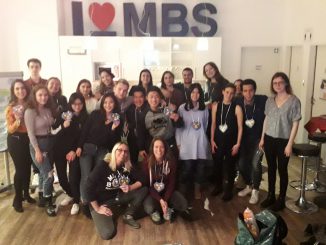 Farewell to Our Exchange Students 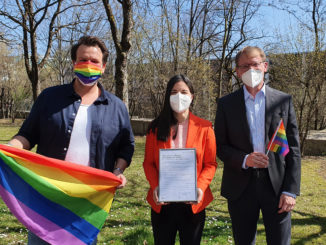 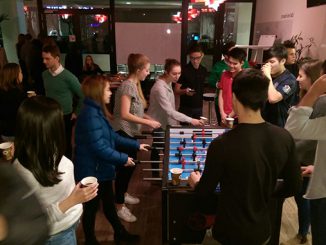