The topic of Diversity, Equity, and Inclusion (DEI) has been gaining importance around the world. On November 18, Claudia Nerger, Head of HR Policy and Strategy at BMW Group, Kellye Kuh, Diversity and Inclusion Lead at Microsoft, and consultant and coach Alexander Nusselt, who founded the Siemens PRIDE Network, formed the panel for a DEI discussion at MBS, hosted by Prof. Dr. Christopher Weilage. The panel provided many critical points for advancing the topic as well as personal measurements we can all apply to our lives.

The panel often brought up the topic of conversation and talking about DEI, that communication is the first building block. That’s why BMW has been developing stories, where employees share their personal, emotional story, how they found the company to be inclusive and what they wish for the future. As Kellye Kuh stated, “if it can’t be articulated well, that is the starting point”.

The next challenge is defining the topic and specifics so communication can take place. The use of words encourages understanding and communication. In doing so, we will all become aware of differences. And this leads to the validity of the statement from Claudia Nerger, “We will all keep our biases but make them conscious”. Alexander Nusselt pointed out that there are challenges in communication simply because speaking a language does not equate in equal understanding. Therefore the story is important so that we can reflect on where we are (as a team, department, organization), and where we want to go and what is relevant. He followed this with: “All people are able to find their way to talk about it, but what are the vehicles and tools and map given them so that they can do it?” This raises the point for the need for safe platforms and systems in organizations as a building block to further promote DEI topics. For this to happen there is a clear need for leadership to set paths for bringing the topic into organizations and to garner organizational support. Kellye Kuh pointed out that one of the jobs of the DEI manager is helping all levels within the organization know their role in DEI as many will respond with “Why do I want to know about this? Why do I need to change? Why do I want to care about this on a day to day basis?”. In order to succeed with DEI it has to become a part of the complete ecosystem.

Expanding on the topic of leadership at the C-level for encouraging further diversity, there was a very strong call for measuring it and making it transparent. Alexander Nusselt mentioned reports by the Albright organization and Boston Consulting Group. He encouraged the setting of targets and discussion about what needs to be done so that change takes place. Organizations show positive results when targets are linked to remuneration, as Claudia Nerger stated, “unless it’s measured, it isn’t done”.
In addressing the topic of quotas, many thought provoking questions were brought-up. The idea of quotas for supporting diversity are often met with resistance, but are useful as a feedback tool to determine if the organization is meeting set goals. As Alex Nusselt pointed out, quotas are often only discussed from one perspective, ”for example, 50% female, which is wrong, it is also 50% men”. This means that organizations need to clearly think through what a quota means. When applied to the board, if is a board of 10, does this mean the board is become 5 and 5 or should the board then become 10 and 10? Clearly, boards must clarify what it means for them and what it means for the company. Mr. Nusselt continued, “It’s not just about women, it’s not just about gays, or lesbians, disabled people, or elders, or others. When discussing the topic, what does it mean for the existing position holders?”

The panel also provided starting points for students studying, as DEI is not a topic that is about to disappear. Claudia Nerger stated, “student projects are like working in a company, it is easier to work with others like you but it pays off to work with others who are not but it takes work. In the end, better results will be achieved. It is easier to have the same people on a team, but it doesn’t pay off.” The advice from Alexander Nusselt was, “Challenge others. Challenge yourself – who is around you, is it friends, is it the same people, is it people like you? How can you break your own bubble? How can you get in touch with people from another culture, gender, generation, disability? What do you do? Even if it is once a month, ask yourself if there is something you missed.”

When given one billboard to communicate DEI Kellye Kuh answered that her billboard would say “Real progress takes real work” and Alexander Nusselt’s would say “Reflect and see if you do what you expect from others”. Great thoughts.

In closing, the panel stated not to shy away from asking an organization about what they are doing, what is important to them, where the support is coming from, and how they are reporting it. DEI has different meanings in different regions and countries, and (some) companies are working to communicate goals of headquarters and develop local goals for the benefit of all, by starting with talking about the topic. And, as Alexander Nusselt stated, “Look for companies telling what they are doing and not what they could do.” For companies to talk about what they are doing, individuals must be open to talking about DEI and expanding their perspectives as well, so let’s talk about DEI. 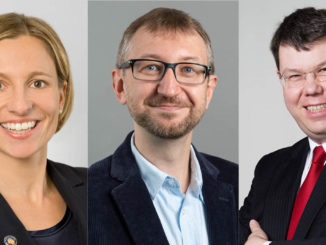 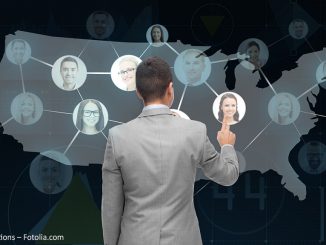 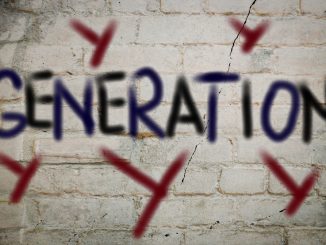 Generation Y – What They Really Want