“[Traditional company budgeting] encourages management to lie and deceive […].”[1] Such a sentence is a strong statement making drastic allegations and is naturally not suitable for a scientific text. On the one hand this is because of the allegation itself, which cannot be proven in this generalization. However is it the style which therefore also disqualifies the paper?

The use of language has many effects. Some we strive for and even achieve in part or in whole. Narrators are not aware of the others or they only become apparent once the audience or readers react.

Texts – written or spoken – can win people over through the clarity of their arguments or through artful persuasion. They can turn people away through a rude tone, and by expressing aggressiveness and intolerance. They may bore people with awkward structures, may confuse people through unclear descriptions, or may annoy people through unsuccessful conclusions.

Therefore whoever wishes to achieve positive effects with language must not only consider the contents well, for indeed, the language chosen plays just as large a role. And just as one develops a lifestyle during the course of one’s life (which at any event you cannot purchase), one should also form one’s own linguistic style and be able to adjust to different situations for exchanges of language with other people „with a safe style“. Scientists generally speak more unemotionally than poets and romantics; journalists’ language is not as aloof as legal practitioners’, lovers are more tender than married couples (beware: clichés!).

What Does a Good Literary Style Consist Of?

The basic prerequisite for a good literary style is naturally the structure of sentences and grammar, the common rules of language, which must correspond to the standards. Understandable formulations (the target audience must be clearly identified), and logical arguments with as elegant a choice of words as possible are added to this. The art is to express complicated subject matter simply, which goes without saying for simple matters. If the degree of simplicity is appropriate for the public to be addressed and for the situation, then a great deal has been gained – and a homogenous, easy to judge public naturally presents an ideal scenario.

How Do People of Particular Occupational Groups Speak?

Language should be used as a medium in one’s profession – along with transferring messages – to impress, if not even to convince. Good logical arguments, supported by rhetoric and a winning appearance are a help to being successful in politics, in media companies and in the economy. Marketing „talk” should place an anchor in the psyche of potential customers; legal language should ensure there are no points of reference providing argumentative leverage to one’s own theses. In cabaret and playacting on the other hand often ambiguity of language should achieve the desired effect. In which direction should I now turn, working in the field of science? A winning appearance for people in the scientific field is at best an asset in academia. Scientific elaborations must not be rhetorical jewels, in which artful language pushes the content into the background. Ambiguities must be excluded in science, effects proving successful in educational psychology on the other hand should fundamentally be used (increasing the ability to be remembered through clear structuring and use of key words, illustrations with examples, concretizing suggestions…). Parallels to legal or medical practitioners’ language can be found: The use of specialist scientific terminology and the clear definition of selected terms as well as a rigid limitation of the subject aim to ensure there are no misunderstandings or incomplete statements through using clearly defined or indeterminate legal terms or specialist medical language.

Which Language Is Appropriate for Scientific Papers?

Scientific language does not take sides, but should be as objective as possible. Whoever tries to impart knowledge or even to research the truth will speak or write clearly, logically and without contradictions. Value is laid on completeness and precision in treating the chosen subject.

Objective language is appropriate for the scientific approach to be presented. One addresses expert audiences, familiar with expert terms, and writes and speaks in a language summarizing expert knowledge on hand or contents which are to be generalized into terminology, which in general language use can have completely different meanings or could not be understood. Important terms for the narrator’s own argument must be clearly defined and must be used with a consistent meaning. The consistent use of standardized terminology is a significant characteristic of expert language – different to language in literature, in which precisely alternating is attractive and denotes an important feature of style.

Usually we cannot avoid complicated, specialist terminology which is described extensively in concise dictionaries for the respective specialist discipline. In spite of this one can remain understandable by explaining the terminology in footnotes or subordinate clauses, glossaries or text in parentheses. However care must be taken with explanations of specialist terminology already known throughout the discipline: The readers of an expert article on economics will not feel they are being taken seriously, if for example the abbreviation Ltd. is explained in the glossary. The logic of the thought process must be worked out with familiar, clear and completely factually oriented formulations. The author himself is almost always anonymous in scientific texts, personal convictions or experiences must not be considered appropriate.

What Rules Are There for Good Scientific Language?

Simple language usually uses short sentences. Thomas Mann is famous for artfully interleaved, lengthy sentences, however he wrote novels. Sentences become clearer through omitting filler words. „Namely“, „of course“, „naturally“, or „one could say“, are almost always superfluous, in addition they should reflect the consistency of arguments to the readers. „Always, „all, „constantly“, are generalizations – and are often invalid. It helps to distance oneself from quotations by summarizing the contents of the source text in one’s own words. Many adjectives often pad out a text, but do not always make the statements more precise. Inserting sentences without new information should be restricted to functions such as introductions, bridging passages, and summaries.

A good text invites one to read it, making one curious. Descriptive headings, central statements condensed into headlines and vivid examples or calculations bring a text to life and increase its ability to be retained. On the other hand a nominal style (… an investigation was carried out …) has a clumsy and bureaucratic effect. One only uses foreign words if they can describe something better than a word of one’s proprietary language. Naturally in the scientific field, specialist terminology from other languages also occurs, usually taken from the English language. No-one needs to replace the word “cash flow” with its e.g. German, French or Italian equivalent. However, we can also overdo things with English, especially when accepting English words into our proprietary language (e.g. “to support” in English becomes “supporten” in German).

Under no circumstances should fashionable terms or expressions, slang, incorrect metaphors, and grammatical errors be allowed to creep into written language.

The author as an individual should only appear on the title page of scientific studies, especially for internal university reports, and in the affidavit. Established scientists on the other hand tend to formulate their own reflections on their research methodology. Avoiding the use of the first person singular form however leads to difficulties, in that we sometimes find clumsy passive forms unavoidable („it has been examined” instead of „I examined“).

Only having a limited number of pages forces the author to formulate essential aspects as clearly and concisely as possible. The text can be abridged very easily, when one omits something or – shorter – through omission. This can be carried out without reducing the contents or losing significance by converting a subsidiary clause into a nominal clause – through nominalization. This is a typical characteristic of expert language: Noun phrases, rather than verb phrases, are more common – in this way the style appears more distanced, less emotional, more impersonal – and is often also harder to understand!

Nominalization as well as the use of the passive voice quickly give rise to a language often found in public administration and which is criticized as being lifeless and remote from the people. Such language can easily be parodied, such as e.g. in „Little Red Riding Hood in official German language“ by Thaddäus Troll: „Amongst the number of children residing within our city boundaries, a minor not yet of school age is recorded in the files, who with her unusual head covering has adopted the custom of being called Little Red Riding Hood. The mother of said L.R.R.H. was sent a letter on the part of her mother, in which this notified her of her illness and need for nursing and imposed the condition on said L.R.R.H., to deliver a batch of food and beverages to G. to aid her convalescence.“[2]

Brevity and legibility of a text are welcome characteristics, not only in science. However sometimes they can only be reconciled with the requirements for completeness and precision with difficulty. Where a practiced columnist omits facts or arguments which bother him or rhetorically diminishes them and in this way writes a concise, short commentary or report, this is not permitted in final theses. The scientific audience does not wish to be persuaded, but to be convinced by the „truth” of the text. People writing final theses at universities must achieve precisely this balancing act: to treat a subject completely and precisely, however in a strictly limited format. „Scientific prose is exact, that is uncomfortable for the author, and simple, that is comfortable for the user (…).” (Hempel, German historian and winner of the Sigmund Freud Award for Scientific Prose, 1985)

About Prof. Dr. Gabriella Maráz 34 Articles
Gabriella Maráz is Professor for Intercultural Management and Research Methodology and focuses on information and communication psychology and work techniques.
About Prof. Dr. Wolfgang Zirus 22 Articles
Prof. Dr. Wolfgang Zirus studied Business Adminstration at Regensburg and subsequently worked for Dresdner Bank in the credit auditing department for several years. He eventually started as a freelance lecturer for Munich Business School amongst others before becominig a regular MBS lecturer. He did his doctor’s degree at LMU Munich focusing on problem-oriented learn ing environments. Today, Prof. Dr. Zirus is module leader and lecturer for financial subjects at MBS and alongside works as a freelance lecturer. 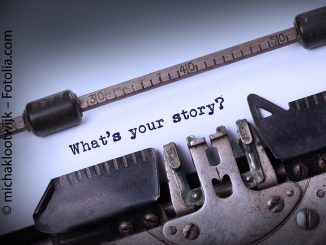 Academic Writing (Part 1): What is the Truth? 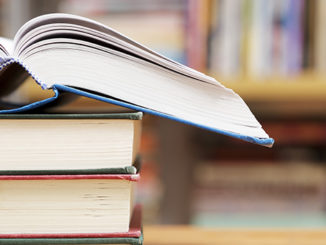