Working in independent groups in different break-out rooms, the students first worked to gain insights into their character, looking at their living situation and the conditions in their country. Based on these insights, they ultimately developed a law that their protagonist would pass to combat poverty in line with the UN’s Sustainable Development Goal 1. However, the students were asked not only to address their character’s wellbeing but also to incorporate benefits to wider society and ensure their law had the greatest possible impact. “Taking new perspectives on board is something our students will have to do throughout their future working lives. The world is becoming more complex and is increasingly interconnected, meaning that flexibility and the ability to get to grips with new areas, environments, standpoints and topics will be crucial core skills for those striving to succeed in the future world of work. This makes the simulation game an excellent exercise,” said Prof. Patricia Kraft, explaining the relevance of the approach.

On the first afternoon of the workshop, the students gained an overview of different media products and tools, learning useful tips and tricks they could use to present their characters and legislative proposals the following day. No constraints of any kind were placed on the students’ creativity during the task. After a further design phase, the remainder of the workshop’s second day was dedicated to the pitches. All 14 student groups presented their characters and draft laws to combat poverty using an array of methods and media products. These ranged from joint presentations accompanied by campaign posters and videos to flyers and Instagram stories that the characters would use to raise awareness of their issues, through to recorded speeches, (animated) films and entire talk shows featuring the characters arguing for their standpoint. The following video gives an overview of the teams’ efforts – so let it never be said that business students lack a sense of creativity or a talent for experimental forms of expression!

The MBS Explorer Days: Creativity & Expression undoubtedly provided a stimulating and novel learning experience for our bachelor’s students – both in terms of the subject matter and the media used. “It was a huge and sometimes even daunting task to design a law that would be suitable and practicable for as many countries as possible rather than just thinking about ourselves,” reported one group of their experience.

Another student commented: “With our character in Canada – one of the world’s most affluent countries – it proved difficult at first to think of a suitable law to combat poverty because we couldn’t simply target basic needs such as access to clean drinking water. We had to look beyond that.” However, once they identified a potential law and did a little research to break down some of the barriers, the students blossomed when it came to the media design work. 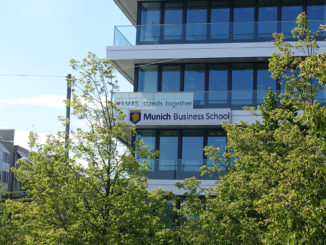 MBS Is the First University in Germany To Switch to Ecosia, Thus Converting Its Internet Searches Into Thousands of New Trees 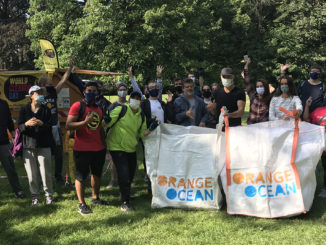 MBS Cleans Up at World Cleanup Day in Munich 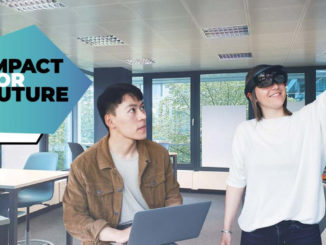