As early as six European nations joined forces by establishing the EEC (European Economic Community) in 1957, UK representatives were skeptical about the idea of a common Europe. When the London Government eventually recognized the success of the approach and initiated accession negotiations, France exercised its veto repeatedly. After all, the United Kingdom joined the EEC in 1973. But be it the adherence to an own currency, regularly recurring “Brexit” considerations or the current discussions about financial assistance for Greece – also as an EU member the UK is the “bad guy” in Europe. So why do the UK and the continental European countries still need each other? That’s what the lecture of Paul Heardman, Her Majesty’s Consul-General for Bavaria and Baden-Württemberg, in front of plenty interested MBS students was all about. The expert for European issues has been holding this worthy mandate since 2012, serving the British Government in several functions for 20 years in total.

To begin his lecture, Paul Heardman outlined the role of the UK in Europe. Amongst other topics, he talked about the special geographical position of Great Britain and the historically complicated relationships to other important EU nations such as Germany.

Heardman mentioned that the UK would definitely value the benefits of the EU, but own interests are considered in the first place. That is no exception, of course: “No country puts interests of the EU above own interests”, he said. “The British people think that the power should not only stay in Brussels. So we as the government have to determine which power actually goes to Brussels.”

Answering to a student’s question if he took the EU for successful, Heardman affirmed: “We benefit strongly from the international exchange that is going on in the EU. Internationality has always played a big role in our policy: Our culture, our society – there is no Britain without an international part.”

The lively discussion following the lecture showed how hot the topic (the UK role in Europe) actually is. Paul Heardman patiently answered to the many questions of the MBS students. The speeches of European, Asian as well as US students showed the variety of perspectives on the topic. It became clear once again how complex international realities can be – and that also the “bad guys” from UK are true Europeans after all. 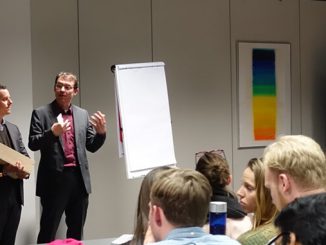 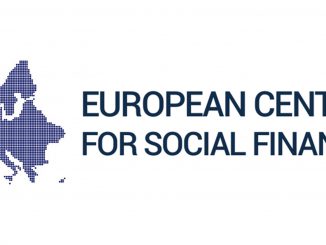