The famous quote by Mark Twain seems to have been heard and understood by many. It has always been one of my favorite quotes. But the question for many is: Should we? Many others are simply extremely frustrated with the market and choose to ignore it.

Personally, I like real estate and have been paying attention to the market since High School, albeit then on a local level. Today’s real estate market is however nothing like that of Palm Beach County back when I was 17. And I am not referring to just the price.

Over the past year, I felt that the markets never really dropped as much as I expected back during the crisis in 2008/09. Having a rather international base of friends, who have basically all been grumbling about housing prices and lacking affordability for the average person, and an interest in the market, I cited many changing patterns pushing varying markets even higher – and that this would likely continue through at least early 2016. They were not amused. Over the holiday break, I read a few more articles referring to the global real estate market. Today, I will summarize one current market force.

Want a spouse? Own some real estate!

One influential trend on the global real estate market has been the influx of Chinese buyers and investors. 74.7 percent of Chinese household wealth is attributable to real estate, whereas for comparison, the USA was at about 28 percent in 2014, which was a high percentage year. The Chinese have however not been limiting their purchases to China. Just follow the news on where the locals are becoming extremely heated about prices, and most likely you will find a high level of purchases being made by the Chinese.

Just look up Vancouver, Sydney, or Singapore for example. The high domestic prices have many looking elsewhere for investments. Why the price increases? Well, look at how the income has risen within the country, the rise in pollution, the shaky domestic stock market, Chinese regulations on land ownership, and the strong cultural preference for real estate.

Would you want to remain in the market either invested or living, and what about your wishes for your children? I do wish I could recall where I several years ago read someone saying something similar to: If you are Chinese and you don’t own real estate, you will be single for a long time and lonely on every Friday night. Simply put, want a spouse, own some real estate, or accept being lonely.

The trend is accelerating

So, in a nut shell there are a bunch of people looking to own real estate, looking to escape pollution, looking to send their only child to a university abroad, looking to invest and not in stocks, and there are some really nice places around the world in which to live. Countless builders now have real estate sales offices in China. Chinese developers are developing housing communities internationally for primarily Chinese buyers.

The trend is accelerating. The New York Times published a fantastic article which includes a link to a chart highlighting the trend. For the 12 months ending in March 2015, the Chinese were the largest purchasers of US real estate with an average price of USD 831,800. The second place by total value were the Canadians, but at an average price of USD 380,300. By comparison, the US person paid an average of about USD 230,000. The largest market for the Chinese has been California where more than one out of three sales has been to a Chinese person. And to top it off, the majority of sales to Chinese are completed in cash deals. This drastically speeds up the closing of the deal in comparison to a buyer who needs to obtain a credit for the purchase.

The initial result has been for the locals in the markets to complain to government officials. They don’t really have many other options. For the politician, we have the issue of how to respond to local voters while still trying to collect tax revenue from real estate. Responses have been varied and so far limited. Australia has imposed new regulations, the key one being that foreigners are only allowed to buy new housing when paying application fees of at least AUD 5,000.

In 2013, Singapore implemented additional fees for residential real estate purchases by foreigners: 15 percent tax, whereas a first time Singaporean buyer would pay 5 percent, and in 2011 they increased the fees for reselling property within a short time period. The result has been mildly decreasing prices or increased affordability, depending upon your perspective.

It will be interesting to see how the markets adapt to increased purchases by Chinese, and if markets follow the trend of Australia and Singapore or follow the US model, which encourages large investments with the awarding of a green card. Further, the Chinese government has been becoming stricter on the outflow of money. There is a limit of USD 50,000 per year in place and now there is a tighter limit on ATM withdrawals. That being said, there is still a black market for currency exchange in China as a way around government restrictions.

The questions that result are if real estate prices will cool off due to pressure from local buyers or if the Chinese government’s impact on currency exchange will slow purchase prices. Then again, Chinese insurance companies are now permitted to invest outside their borders, and are armed with extensive financial resources.

If Mark Twain was still alive, would he change his quote to “Buy land – the Chinese are coming”? So, are some market’s high real estate prices in a bubble due to international sales or is this the new standard? 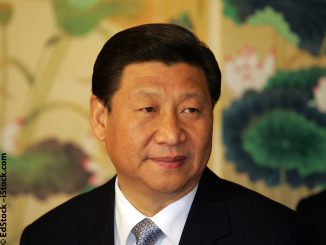 Why There are no More Five Year Plans in China

MBS Prof. Dr. Christian Schmidkonz Featured in Article on the Chinese U20 Football Tour in Germany