In the spring of 2017, I participated in a research trip to Boston in the context of the cooperation between MBS and the Fraunhofer-Institut. The trip was organized by the German American Chamber of Commerce and aimed to identify the current success factors of the approaches to entrepreneurship in the American economic system and to extend the research network. Internationalization and digitization/technology are currently declared to be decisive areas of activity in the field of entrepreneurship (see Schwens, C., Zapkau, F. B., Bierwerth, M., Isidor, R., Knight, G., & Kabst, R. (2017). International Entrepreneurship: A Meta-Analysis of the Internationalization and Performance Relationship. Entrepreneurship Theory and Practice).

In order to identify current success factors of the approaches to entrepreneurship of the American economic system, I participated in five events in the field of “Innovation & Entrepreneurship” and thereby visited five venture capital companies and five successful startups. Thus I was able to conduct field research with selected players from the entrepreneurship field in the broadest sense of term. The method selected was that of passive participating observation. That is, the observer participates in what is happening (conferences, discussions, visits) without actively intervening. He is unobtrusive, somewhat like a visitor. But he keeps a record of his observations (see Lüders, C. (2008). 5.5 Beobachten im Feld und Ethnographie. Qualitative Forschung. Ein Handbuch, 384-401).

The Greater Boston Area, which counts as one of the world’s leading innovation hotspots, is home to Harvard University, the Massachusetts Institute of Technology (MIT), the Boston Innovation District, and, not least of all, our partner institution Boston University, not to mention numerous technology-based global market leaders. The Boston area has a unique ecosystem in which the players inspire one another and are thus able to come up with disruptive innovations time and again. There is a vital innovation community which has made innovation a part of daily business. Several events in the area of Innovation & Entrepreneurship are held every day and even the locals participate actively. The current schedule of events is published here.

Networking is an important part of the innovation culture. Contacts and networks are contributed as currency. One speaks here of “relationship equity”. That is why successful entrepreneurs surround themselves with interesting personalities. The ability of entrepreneurs to get along well with other people is often said to be very important. Their willingness to help one another, which is frequently able to supplement a business idea, leads to a venture’s progress through new contacts and know-how. This plays an important role even in the relationship between a company and its investors. Entrepreneurs frequently ask, “What will you, as an investor, do if the startup does not happen to be doing so well?”

All in all, Boston leaves one with the impression of the continual optimism of tinkerers and explorers who, like Christopher Columbus before them, keep looking for something new.

The factor of time is regarded as one’s worst enemy. He who loses time loses in competition. Bootstrapping is not an option anymore. Time plays the most important role in the tension of the magic triangle of time, costs and quality. Looking back on ventures that were truly successful, one sees that capital, as a resource, was not the bottleneck. Quality, in the sense of 100 % functionality as a checkpoint before product launch, is rejected by the American approach because, first of all, one does not get customer feedback from the market in time, and secondly, one loses the competition in the market against those who are faster. From the German point of view one can say: speed before perfectionism, no optimizations of products and services until after they have been launched, at which point this is frequently done together with customers (see Wenzel, F. (2017). Sustainable Digital Business: Crucial Success Factor for Small and Medium-Sized Enterprises and Start-Ups. In: Sustainability in a Digital World (pp. 131-143). Springer International Publishing).

It is important for a startup to pursue its own vision. A startup should not take dictation from narrowly formulated customer requirements, for this restricts the solution space. The following pattern recurs in all successful startups: enormous faith that a great business idea will work, connected with an unrestrained will to realize the underlying concept. This is attended by the personality development of entrepreneurs, whose success makes them charismatic personalities. (see Gerpott, F. H., & Kieser, A. (2017). It’s not charisma that makes extraordinarily successful entrepreneurs, but extraordinary success that makes entrepreneurs charismatic. Managementforschung, 1-20.). But entrepreneurs must also recognize when it’s time to give up!

One of the currently strong trends in the American scene is that of impact investing. These are commitments to ventures that aim to produce “painkillers” for humanity and solve the truly big problems. One example of this is the “sharing economy”, which bets on preserving resources and optimal use of existent capacities (see Chase, R. (2015). Peers Inc: How people and platforms are inventing the collaborative economy and reinventing capitalism. PublicAffairs).

An entrepreneur team only needs a single “home run”. A critical aspect here is that of dealing with risks. Successful entrepreneurs anticipate and calculate risks – and enter into them fully aware, in search of the option which will be easiest to realize. Entrepreneurs with little success are too hesitant and thus lose time or bet on avoiding risks, which will then paralyze their startup.

From the investor perspective, it is assumed in the American tech-venture system that a very small portion of a basic population of investments will be very successful (“unicorns”), a medium-sized portion will be economically self-sufficient, and a large portion will go broke. However, entrepreneurship is fostered with this approach because a broad basic population gets the chance to build up a company (see Guo, L., Wei, S. Y., Sharma, R., & Rong, K. (2017). Investigating e-business models’ value retention for start-ups: The moderating role of venture capital investment intensity. International Journal of Production Economics, 186, 33-45).

The question of whether the success of a technology-based startup depends more on the team or more on the product or business idea is clearly answered by American venture capitalists as follows: “Great teams first, they will create great products and services,” says Wayne Chang. That has effects on recruitment: Even with startups, the average finder’s fee for good employees is 25 % of the annual income for the position to be filled. The greatest bottleneck currently arises for software engineers.

In the case of technology-based startups, investors focus on the teaming: three leadership personalities, one each for the areas of technology, development of the business model, and design. Concerning soft skills, these persons’ powers of persuasion are of decisive importance. There is an investment mindset of bonding and team building for further development of startups. Such contributory measures can easily amount for as high as USD 100,000 for team building events and parties, with hoped-for motivational and promotional effects (Expert Interview of Wayne Chang, (born August 3, 1983), Chinese-American entrepreneur, angel investor, film producer, and philanthropist, From the Ground Up: A Conversation on How to Build World-Class Startups with Serial Entrepreneur Wayne Chang (Napster, Dropbox, Crashlytics, Twitter), Harvard University, Boston, 28.3.2017).

Observation 6: Technology as a Means to an End

When evaluating technical characteristics of products, investors try to find out what the core assets of the startup actually are. In ecosystems, which are more affected by partnerships today than they used to be, this also raises the question, “What would be left over for the startup if all the partners were to leave?”

Startups in the IoT/Industry 4.0 field are regarded as companies having immense prospects. B2C platform models such as AirBnB and Uber will arise for many B2B markets. The greatest impact is due to networked communication of machines and systems (see Jeschke, S., Brecher, C., Meisen, T., Özdemir, D., & Eschert, T. (2017). Industrial Internet of Things and Cyber Manufacturing Systems. In Industrial Internet of Things (pp. 3-19). Springer International Publishing).

Technology is regarded as a means to an end. American movers and doers are interested first of all in describing significant problems, and then in looking for technical solutions that can contribute to solving these problems. It is not unusual for technical solutions to come from engineer-driven economic systems such as Japan and Germany. Research institutes such as those of the Fraunhofer-Institut, MIT (right around the corner), and Tōkyō Kōgyō Daigaku (Tokyo Institute of Technology) are the most frequent sources of technical solutions (see Knudsen, M. P., Tranekjer, T. L., & Cantner, U. (2017). Open Innovation in an International Perspective: How to Organize for (Radical) Product Innovation. In Revolution of Innovation Management (pp. 15-40). Palgrave Macmillan UK).

This research trip helped me to identify the current success factors of the approaches to entrepreneurship in the American economic system by means of assumptions. While my research colleagues and I did obtain deep insights into the entrepreneurial environment of a leading innovation hotspot, the observations described above still only reflect a regional cross-section of the American entrepreneurship scene. In particular, another important innovation hotspot in the USA, namely the Silicon Valley region, was only examined on the brink.

Thus, the research trip has led to identification of objects of examination for the MBS research field “Innovation & Entrepreneurship”, some of which have been included in the research plan. In particular, the research topic of the Internet of things and services/Industry 4.0 is already being processed in greater depth in the context of the INLUMIA research project. German startups in this area have already arisen from research projects, including, for example, the Berlin startup R3Coms.

Elements of the Research Trip 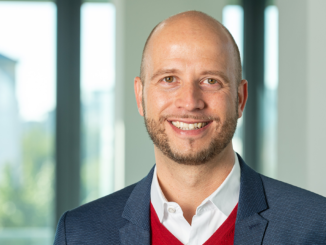 Professor in the Spotlight: 3 Questions for Prof. Dr. David Wagner 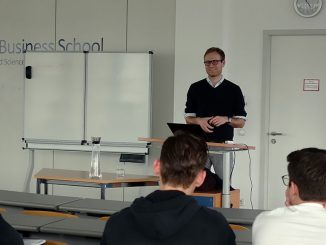 Alumnus Daniel Barke Shares His Knowledge on Governance in Start-Ups 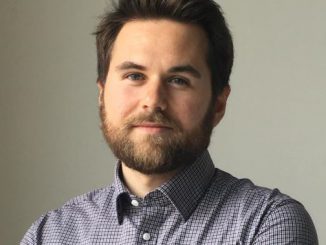