nationmaster.com reports that from 1996 to 2000 the US ranked 11th out of 26 for average number of days not worked per 1000 employees. Germany was ranked tied for #24 at 2 days. (For trivia readers, first position was Denmark at 296 days). That Germany doesn’t lose many days due to strikes is not a surprise. Unlike in the USA, the strong association between unions and the mafia does not exist. Further, union members are present on the board of publicly listed companies and are involved in hiring and pay decisions at large companies too.

This means that the interests of the employees receive greater focus in corporate decision making. During Germany’s history, unions would typically support the country in obtaining non-inflationary growth and at other times prevent massive layoffs due to an economic downtown (which is a built-in part to labor flexibility in Germany, and is a different story).

However, there seem to be a lot of strikes in Germany at the moment. The Deutsche Bahn (DB) is striking, and Lufthansa pilots had a strike just a few months ago. There is however another rather large strike that hasn’t seemed to obtain nearly as much press and is now entering the third week of an open-ended strike: child care providers. The strike affects children from about one year old up to the fourth grade.

If Lufthansa pilots strike, I can fly with another airline, build Frequent Flier Miles elsewhere and later decide where I am happiest, which could be a loss to Lufthansa. For DB, as an end user I am a little limited, but at least there are a few trains going, insufficient but something. In the end, I can still work, albeit for those dependent upon the DB with grave inconvenience. The child care providers strike really hangs parents out to dry though. It is not likely that we stick with a different alternative for long (e.g. parents taking other kids for one day per week).

It is also not simply a matter of hiring replacement workers as the state mandated training and educational period to be such a worker is several years. Over the past several years, Germany has invested heavily in attempting to promote citizens having children. Now we have children, but no care, impacting the ability of both parents to work. This means the parents and their employers are all suffering and worst of all, so are the children – lacking social contact, instructional support, and so on.

rbb-online.de reports that about 17,500 care facilities are on strike in Germany. Using a quick average of 60 children per location is about 1 million children (rbb-online reports about 50,000 care facilities in Germany and 3.2 million children attending). If we estimate that per child there is only one parent effected by the strike and use about 40 million working people in Germany, then at least 2.6 per cent of the workforce is being held captive by their own children, and there hasn’t yet been discussion between the states and the striking union.

This raises the question: At what point in Germany can the national government step in and end the strike to prevent employers and the economy from being held hostage or are they powerless? I doubt they are sitting at home taking care of a child!? Be sure to let me know what you think of the strike.

About Prof. Dr. Christopher Weilage 58 Articles
Christopher Weilage, professor for Business Administration and Business Communication, has his university focus on topics of international business and communication. Weilage acquired his MBA in International Business at the Moore School of Business of the University of South Carolina, USA and – subsequently – the IMBA International Business at Helsinki School of Economics and Business in Finland. The US-born American citizen graduated on e-learning at the chair for German as a Foreign Language of the Ludwig-Maximilians-University in Munich. 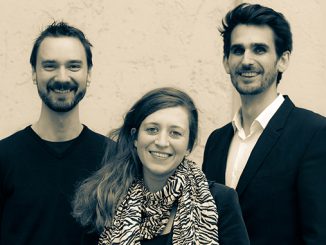 Looking for a Babysitter?