Kronjuwelen (“family jewels”) – the four MBS alumni Peer-Boy Matthiesen, Daniel Herter, Nick Piepenburg and Berno Delius quickly found a suitable brand name for their underwear for men. What makes the Kronjuwelen boxer shorts unique? They are made of radiation-proof material, which (verifiably!) protects the male fertility from harmful cellphone radiation. Crazy idea or market gap with cult status potential? We spoke with the likable entrepreneurs.

You are four MBS Alumni. What did you do after your graduation?

Berno: After obtaining the Bachelor at MBS, all of us went on and got Master’s degrees. For this purpose, Daniel went to London, Peer and Nick to Barcelona and I went to Hamburg. We all chose very different careers and landed in very different industries: Investment banking (Daniel), fashion (Peer), consulting (Daniel) and media (Berno).

After more than five years of professional experience, it is – in all modesty – legitimate to say that we all have advanced quite well. But our dream of establishing a company together has always remained.

You developed the idea of radiation-proof boxer shorts during your Bachelor studies at MBS. How did you come up with it?

Nick: Yes, that is right. It was in 2006 during our business plan project in the fifth and sixth semester. In one of the brainstorming sessions, it was Daniel who brought up the idea of radiation-proof boxer shorts for the first time. He incidentally had read about the radiation shielding effects of silver, a component that today is an essential part of our product.

For a few days, we pursued the idea, but after a first research phase we decided against it because of its complexity and our lack of experience. Back then, we elaborated a concept with ready-to-cook portion-pack food, which did not exist then but was realized in various variants two years later – not by us though – and is now available throughout Germany.

Why did you decide to realize the idea now?

Nick: Eight years later and equipped with several years of professional experience in various areas, we realized that the implementation barriers are not as unsurmountable as they seemed back then. As a co-founder of topcorrect (www.topcorrect.de – a correction service for English texts) and CVcorrect (www.CVcorrect.de – a correction service for applications in English), I learned how to establish and develop a company. With the introduction of the entrepreneurial company (the German Unternehmergesellschaft (UG)) the legal obstacles of setting up a company in Germany have considerably diminished.

Today, I would recommend to anyone with an idea to simply try it out. However, you do not have to put all your eggs in one basket. Depending on the specific business model, it is often possible to take the first steps alongside your ongoing job. That is how it worked for us, especially since we already had an idea in the drawer – and quite a good one at that.

How did you arrange duties? Who is doing what?

Berno: We are still making all important decisions together. We do not have a strict separation of duties, but of course each one of us has his “hobby-horse”. Daniel takes care of the finances, Nick is in charge of the operative business and company development; Peer’s tasks are distribution and logistics and I am responsible for marketing and public relations.

Would you give us an overview of the various project phases?

The world’s largest crowd funding platform officially started in Germany on May 12, 2015. Thus, we coordinated the entire project with the launch of Kickstarter and, on May 12, started as one of Germany’s first Kickstarter projects. The campaign brought us a lot of positive feedback and attention from customers and the press.

How did the crowd funding idea emerge?

Nick: In our considerations about positioning the product on the market, crowd funding offered three major advantages compared to the alternatives:

Kickstarter would allow us to pre-finance our production costs, which, due to the high portion of silver in the shorts and our high-end production in Germany are very high compared to those of other companies of the industry.

Additionally, the campaign would give us proof of feasibility and show us within a very short time frame if there was actual demand for our product.

Finally, the launch of Kickstarter brought us an additional PR effect by the fact alone that we launched one of its first projects. And surely enough, our story was picked up by many of the larger newspapers such as FAZ, DIE ZEIT and Spiegel Online, and we established many interesting contacts in the startup scene.

Berno: Yes, most regrettably. But we will now continue binding the customers we have gained. Kronjuwelen Boxershorts are now available on Amazon. Presently, we are covering our production costs through external financing from a bank.

Nick: It is of course regrettable that we did not reach our funding goal at the first go. But even in view of this drawback, the approach via Kickstarter was a great start for our company. We are now profiting from the attention and contacts we gained in the course of the campaign. In addition, we learned so much and gained a lot of helpful experience. All MBS students thinking about a Kickstarter campaign in the future are welcome to contact us.

What are your immediate plans and next steps?

Berno: As a next step, we will focus on setting up our own online shop. We will combine this step with expanding the product range by additional colors and models.

What were the biggest challenges in implementing this project?

Berno: Elaborating the product took much time and effort. But this we had known before. What came a bit unexpected were the efforts required for the Kickstarter campaign. Such a campaign does not run alone, and there are no inbuilt dynamics you can rely on.

Do you see this venture as a project accompanying your other professional activities? Or do you regard it as a “main job”?

Berno: We somehow probably all took Nick as an example. He already succeeded with a functioning startup alongside his job. But sure: Once we determine sufficient demand, we must come across with the right supply. We have to make sure that we can satisfy this demand. At the same time, we are all happy in our jobs. However, an own company is probably a dream for many of us.

What experiences during your studies (practical training terms, courses etc.) have proven to be the most beneficial in hindsight?

Berno: We are noticing over and over again that each one of us has valuable experiences from his current professional practice that he can contribute in each decision-making process. But in the end, it all boils down to profitability. And when Peer, for example, speaks of “sunk costs”, we all know what he is talking about. So we do have a profound and sound basis to make important decisions together. From our view, this is immensely helpful.

Nick: I agree. Very useful, in addition, is probably the high practical orientation that is implemented at MBS from very early on. It produces a “hands-on” mentality, which combined with informed pragmatism is a huge help when establishing a business.

What would you recommend other students for their careers? What experiences during your studies have proven to be the most beneficial in hindsight?

Berno: Ewe are all, each one of us, very happy with our university education and extremely grateful that MBS brought us together. By the way, this already started out with the Assessment Center at MBS and then continued until graduation. Our friendship has remained until today, and it bears great fruit.

There are two things you should always be aware of and take with you from the MBS cosmos: On the one hand, there is the network, the contacts and the friends. Everyone is happy about the cohesion, and sharing a beer or two with former fellow students from many years ago is still the best way to keep good memories alive. The alumni network and all the events are of great use and recommendable for everyone.

The second point is, in a way, an outcome of our studies: Many of our fellow students realized their business ideas while still being enrolled at university or became self-employed shortly afterwards – an admirable and courageous step right after graduation. And this directly leads to the question: What should I do, how should I do it and what is the appropriate path for my career? All of us wracked our brains with this question.

But, what is most important: “Just do it!” Feasibility and all that stuff – it is definitely important, no doubt. But if you are convinced of the demand and the market has some potential – go for it! Don’t let anything hold you back!

Nick: There is no way we could thank our supports enough – especially the ones of MBS rank! They show us that there is a demand. The feedback of potential clients and partners are overwhelming and really encourage us to go ahead. Thanks again to all for their great support!

The “Kronjuwelen” on the web: http://kronjuwelen-underwear.com 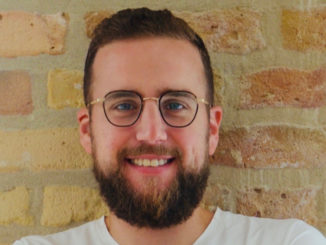 Interview with Alexander Gründler, MBS Alumnus and Co-Founder of Careloop 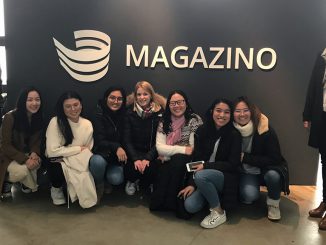 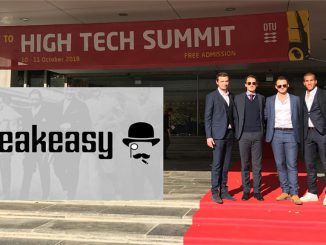