Social innovations are not a new phenomenon: When the steel magnate Andrew Carnegie died in 1919, there were nearly 2,000 public libraries in the US which he had financed and made possible. The privilege of education for the social elites only, which had been the rule until then, was abolished by public libraries allowing everyone free access to knowledge. One further, more recent and catchy example of social innovation is Grameen Bank, founded by Muhammad Yunus, who, by the granting of microcredits, positively redefined the position of the poorer populations and the role of women in society.

What is the Hallmark of a Social Innovation?

Social innovations can be triggered in a number of fields: in civil life and society, in politics, and in business. Often they arise exactly at the interface between the individual sectors.

But what exactly is the hallmark of a social innovation? Josef Schumpeter, the father of innovation research, coined the concept of “creative destruction”, which supersedes long-standing practices. The classical concept of innovation, however, is still controversial in its definition – as is the question of what is publicly or socially desired. Therefore, the definition of what social innovation actually is has ultimately not yet been clarified. On the contrary: The discourse between the various scientific disciplines regarding the concept and the function of social innovations is characterized by a multitude of definitions and great heterogeneity in the details of the conceptual understanding.

From the many approaches, a very broad concept of innovation with the following lowest common denominator can be condensed:

Following this concept, social innovations are new approaches for fulfilling societal needs or solving social and environmental problems; they are possible everywhere in social systems, they have a sustainable effect, and they have a social benefit.

According to this very general definition, social innovations can appear as supplements but also as follow-ups of existing offers, but can also emerge totally independent of either one. Commercially, they can even be quite successful. However, the question still remains as to what social benefits a social innovation has, what needs it should address, and what innovations above all would be desirable.

Innovation is not an end in itself, but a means to shape the future of our societies in ways that make living worth-while. There is no impartial answer to this question, and very much depends on the individual standpoint and the historical and regional context from where the question is asked.

A New Momentum for Social Innovation

As shown by the examples above, people have always endeavored to come up with new solutions for pressing social problems. So what is the cause for social innovations to currently undergo a new momentum? It is due to a series of influencing factors:

On the one hand, today’s social challenges have become global tasks: Whether we take the debt overload of national governments, the energy revolution, or the refugee crisis – the efforts of individual national players are no longer efficient enough. Nor can existing technology-focused innovation strategies efficiently counter current challenges. Consequently, more concerted, joint efforts across sectoral and national boundaries are necessary – and they need new rules, new methods and new alliances.

Moreover, we are observing a shift and meltdown of limitations of the traditional division of tasks between government, the economy and the civil society.

Thirdly, the current concentration of private wealth leads to a “revival of philanthropy” even in very young people and to large financing volumes of private philanthropists. The classic patronage is increasingly replaced by entrepreneurial charity which transfers the ideas of technological innovation to societal questions, investing in social projects which often solve social problems through digital technology.

Global digitization is another major influencing factor: It ensures that people are faster and better informed about social grievances, but on the other hand can also network quicker and more globally in order to develop effective innovations. The new means of communication thus facilitate access to information and peers – an ideal breeding ground for cross-cultural innovation.

Is a Century of Social Innovation Arising?

The 20th century was one of technical innovations, a century of machinery and technology that has brought prosperity to many, but also brought the earth to its limits – and sometimes beyond.

Perhaps the 21st century will become a century of social innovations where past achievements are used for a more united and sustainable future.

About Prof. Dr. Barbara Scheck 9 Articles
After obtaining her diploma in Public Administration from the Diplomatic Academy of the German Federal Foreign Office, Prof. Dr. Barbara Scheck completed a Master in International Business Administration by studying in Paris, Oxford and Berlin. Subsequently, she did her Doctor's degree on Social Entrepreneurship and Impact-oriented Reporting at the Technical University of Munich. Before being appointed to a Junior Professorship in General Business Administration, particularly Social Investment, at University of Hamburg, Prof. Dr. Scheck worked for the German Federal Foreign Office, the Credit Suisse bank, the CSR department of Allianz insurance company and the social venture capital fonds BonVenture, amongst others. In June 2016, she followed the call of Munich Business School where she has been holding a Professorship in Entrepreneurship since. In addition, she is engaged in (advanced) training at Social Entrepreneurship Akademie in Munich. 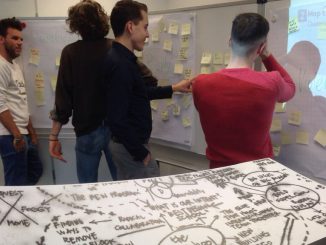 Bachelor Students Immerse Themselves Into the Topic of Social Innovation 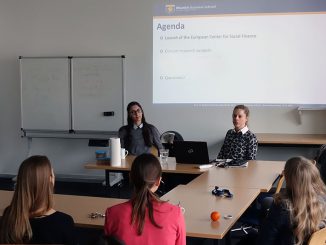 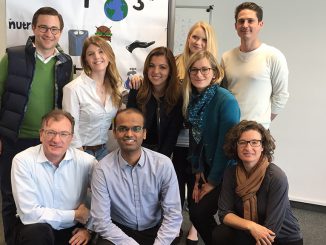