Jean-Jacques Ferrand was responsible for establishing and developing eba (now Munich Business School) and its Director. Today, he lives in his home country of France. Birgit Wagner has been an employee of eba/MBS since 1996 and is now Head of Program Management. Martin Meister is a 1996 Diplom graduate and has been an employee of eba/MBS since 1997. He is now Head of Examination Office and Admissions.

Jean-Jacques Ferrand: Bonjour Birgit, bonjour Martin! Good to see you. I heard you are still working at MBS? That’s impressive. You’ve been on board for a very long time. I came to Germany 25 years ago to establish the Europäische Betriebswirtschafts-Akademie – the universities founding name.

Birgit Wagner: Hello Jean-Jacques. Yes, I started working here in 1996 and I am still working at MBS today. Prior to joining then-eba, I had done an apprenticeship to become a foreign language and Euro correspondent. At one point, a former lecturer called me about a job offer at eba. I found the prospect of working at a private university quite fascinating. I immediately sent in my application documents and had a job interview with you not long thereafter.

Martin Meister: Hello from me, too, Jean-Jacques. I started studying at the university in the winter term of 1992 – in the second year it existed – and graduated four years later. Six months after that, I started to work at eba.

From Banking to the Education System

Birgit Wagner: Why did you come to Munich to build a private university, Jean-Jacques? If I remember correctly, at the time you worked in banking in your home country, France.

Jean-Jacques Ferrand: Yes, that is right. I had been working for a French bank in Paris for some time and also spent some years in Frankfurt and Hong Kong building branch offices of the bank there. One of the customers I served at the bank, Philippe Guilhaume, was the founder and Director of ebs Paris, the first management school in France. Back in 1962 he had the idea of establishing a private school for business administration with an international focus, which he put into practice in 1967. The concept was unique at the time: The lecturers were from corporate practice, English was mandatory for the students, they had to found a company during their studies and spend two semesters abroad. For this purpose, Philippe founded branches in various European metropolises together with young entrepreneurs. One day, he asked me if I would be interested in teaching classes in business administration at ebs Paris. I gladly agreed and started to lecture alongside working in my regular job. A little while later, he approached me again and said: “We want to establish a partner university in Germany for our students to spend a semester abroad. Would you like to build such a university in Munich?” eba was to be one of seven “European Business Schools” in total.

Birgit Wagner: I’m sure that this was an unusual step. At the time it wasn’t common to just quit a job and switch to an entirely different industry to start a new career path.

Jean-Jacques Ferrand: Yes, that was unusual for the time, and also highly challenging. Some even called my decision “crazy”.

State Accreditation as the Main Objective

Martin Meister: What was the mission you were given at the time? And what was the long-term strategy for the university’s development?

Jean-Jacques Ferrand: The task was to secure the financial independence of eba as quickly as possible, and eventually, after the first students had graduated, to work towards the state-accreditation. With regard to the vision, the same principles as at ebs Paris and its other international partner universities applied: eba was to set new standards in terms of practical orientation and international focus of the studies, i.e. a market-oriented education, a close combination of theory and practice, and the development of soft skills such as creativity and responsibility. In addition, a class shouldn’t be comprised of more than 25 students. So we adapted the French educational model to Germany and took up operations. At the beginning, we had only students from France and Spain who came to Munich for a semester abroad. But later the same year we had the first regular students starting their studies at eba. One year after that, Martin began studying here.

Martin Meister: I remember the application process well. There was an interview and then I had to answer a test with 50 questions!

Jean-Jacques Ferrand: Four years later, a few months after you had graduated, I asked you if you wanted to work for us. You were the perfect candidate for the job because you knew how things worked at our university.

Birgit Wagner: That was very important. We only had a small number of employees at the time and the student number quickly grew to about 50. I remember that we were planning to have 500 students per year in the long run. It was a long way, but today we have even surpassed that goal.

Jean-Jacques Ferrand: Yes, you are right. In the very beginning, we still had great support from Paris, but then we managed it all independently. We often had to be inventive. For example, to cover our costs we were looking for companies willing to sponsor a year. In return, we allowed the companies to send us their representatives for guest lectures and to find qualified young talents among our students. The first corporate partner was the banking company Donner & Reuschel. We got in touch with many companies located in Munich: BMW, Sony, Siemens, Deutsche Bank, just to name a few. They were all very excited about our educational concept.

Martin Meister: Dr. Czempiel from Donner & Reuschel is still a lecturer and an honorary professor of MBS. The bank has remained an important partner of our university.

Birgit Wagner: Other lecturers who were with us from the beginning are also still with MBS. Some examples are Prof. Dr. Gabriella Maráz, Prof. Dr. Wolfgang Zirus, and Prof. Dr. Harald Müllich.

Jean-Jacques Ferrand: All our lecturers were very committed and liked the concept right away. They worked so hard that eventually, we were no longer able to pay them adequately. So now and then I started to bring along truckloads of wine from my family’s vineyard in South France to Munich. As a token of gratitude we gave wine by the box to the lecturers and staff.

Birgit Wagner: Yes, even that you took care of. How many roles did you actually have back then?

Jean-Jacques Ferrand: Let me quote a member of the Ministry of Cultural Affairs who once said to me during the accreditation process: “I have never seen a university before in which the office of Dean, Chancellor and President is held by the same person.” This is actually normal in France. But that doesn’t mean I did it all on my own. There was always a lot to do: We had to constantly develop and enhance the educational concept, remain in contact with the Ministry of Education and Cultural Affairs. The three of us used to sit together all night long and were able to get things done because of our efficient collaboration. I am convinced that this was the main reason for our success.

Martin Meister: We had to do a lot of convincing to get the state-accreditation.

Jean-Jacques Ferrand: There were many discussions with the Ministry’s representatives. I often took along our lecturers to the meetings to let them explain our educational concept. The members of the Ministry saw that we were highly committed, but of course we had to meet the requirements for the state-accreditation as well. For example, 50 percent of the lecturers had to have a doctorate, which wasn’t the case. Therefore, two of our lecturers agreed on very short notice to get their doctorate degree for us. In 1999, we finally received the state-accreditation. My mission was done and I was able to pass on my duties to a successor on good conscience and return to France. I have always considered myself to be a “builder” getting the ball rolling rather than to be a “developer”.

Birgit Wagner: A while later, our current Dean, Prof. Dr. Stefan Baldi, took up his office and transformed MBS into what it is today.

Martin Meister: How did things continue for you in France? What are you up to today?

Jean-Jacques Ferrand: I spend about six months a year in Paris. The rest of the time, I work as a vintner in my family’s vineyard in Southern France. I only take care of the practical part and leave the commercial duties to others. I try to operate the vineyard in conformity with the rules of sustainable and ecological agriculture. This is the challenge I am facing today. Beyond that, I am still in frequent contact with former students, lecturers and staff members of Munich Business School and always happy to visit Munich and MBS. May I send some greetings to them in my mother tongue? 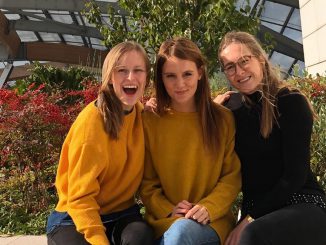 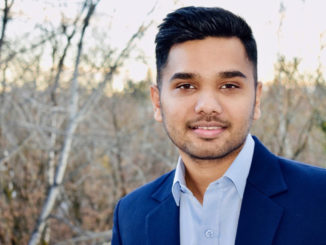 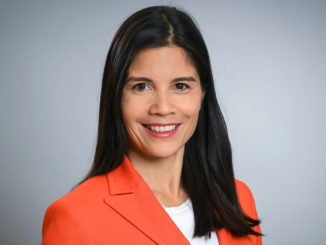 Dr. Christine Menges Will Assume the Position of Chancellor of Munich Business School