The third online speaker event held as part of Munich Business School’s 30th anniversary celebrations took place in late June. This time, the guests and invited experts were not external figures but rather MBS alumnae. Verena Hüni and Katrin Heigl completed their master’s degrees at MBS in 2017 and 2007, respectively. Together with Christoph Schlottman, Study Advisor on MBS master’s programs and MBS Diversity & Inclusion Officer, they discussed the topic of diversity in the workplace and provided insights into their everyday work, in which diversity plays an important part.

Respect, curiosity, openness, a sense of belonging, psychological safety, a driver of innovation and new ideas, a supportive community, love and strength – these are just a few of the answers the podium discussion’s participants gave to Christoph Schlottmann’s opening question of what diversity meant to them. MBS alumna Verena Hüni expanded further on the issue: “There’s a great saying which says that diversity is having a seat at the table, inclusion is having a voice, and belonging is having that voice be heard. I am absolutely convinced that we are only able to see the entire picture and grow by integrating different perspectives and ways of thinking!”

Implementing diversity in practice is more than just a personal passion for Verena Hüni. Since 2018, the MBS alumna has served as Diversity Manager at automotive supplier ZF Friedrichshafen, based beside Lake Constance, working with her team to promote the topic of diversity in the workplace. While ZF now has an international diversity team with a global lead and hubs on various continents, diversity management is a decentralized issue at Allianz SE. As a result, MBS alumna Katrin Heigl’s job title does not include ‘Diversity Manager’. However, that does not mean that the Head of Management Board at subsidiary Allianz Beratungs- und Vertriebs-AG is not committed to diversity-related issues – quite the opposite. “In effect, everyone in a management position at Allianz has been a diversity manager for several years,” explained Heigl. “As managers, we bear responsibility and actively introduce diversity-related topics, such as in the application procedures we oversee.” Diversity initiatives brought into being by Katrin Heigl in her many years at Allianz include the internal Women@Allianz network and the ‘Allianz – bunter als du denkst’ (Allianz – more diverse than you think) campaign, which promoted gender and sexual diversity. Heigl is already looking forward to International Women’s Day on March 8 next year: Working with her Women@Allianz network, she has organized a global network event that will feature renowned panelists and attract many thousands of participants. Allianz also promotes other internal initiatives and networks, making the insurance group one of the most diverse companies in Germany – a position confirmed by numerous studies, including the German Diversity Index 2021 (BeyondGenderAgenda).

So, what is this all in aid of? The same studies that acknowledge good diversity management in companies also highlight the benefits of a diverse and inclusive work environment. There’s certainly no shortage of upsides, from higher employee satisfaction and a better understanding of customers – and thus the ability to optimize processes – to an inspirational work environment with space for innovations, a positive corporate image, and higher turnover. Verena Hüni wholeheartedly agreed that companies simply cannot afford to ignore diversity management as a success factor. “The topic of diversity already has a rich tradition at ZF, but it was always seen more as a nice-to-have than as a must-have,” she said. “That has changed in recent years and the entire topic area is now given greater attention. We are receiving more and more inquiries from the media and applicants asking how we, as a corporate group operating on a global scale, are committed to diversity. The topic is now also a higher priority for our board of management and supervisory board. They have high expectations of our diversity management activities and look for clearly quantifiable successes and progress.” 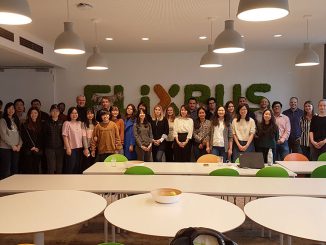 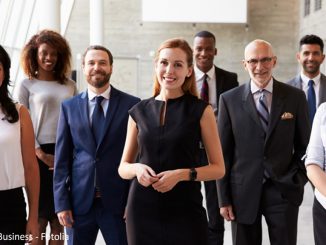 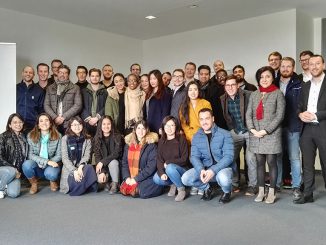