Thanks to digitization and globalization, it is becoming more and more important in today’s business world for decisions to be made quickly. However, although it was never easier to collect comprehensive data for a decision to be made, now and again there are situations in life in which not all of the background information needed is available; as well as other situations in which far more information is available than we could possibly hope to process. These are the situations in which our intuition plays a central role – our gut feeling, which is perceptible when it is hard to make a decision and which, in itself, can influence the decision. While experts agree that there is such a thing as intuition, they have not yet been able to agree on a generally valid definition. Indeed, intuition has a different meaning, and expresses itself differently, for almost every human being.

Taking stock of and combining the general insights of the literature suggests the following definition: “Intuition is an ongoing process which the user is unaware of. This process combines experience with knowledge whose origin cannot be ascertained. However, this knowledge can be adduced for decisions even if it has never been a subject of discussion. This is why intuition unifies not only experience but also assumptions of evolution. Everyone acts intuitively every day. It is important to discover this intuition and use it.”

There are relationships between intuition and emotions in many respects. Emotions are mostly regarded as more likely to disrupt correct functioning of intuition. However, a distinction must be drawn here between two different areas of intuitive emotions. One area in which a decision is directly influenced by emotions is, for example, that of applications for a job. These decisions are shaped by the decision maker’s personal like or dislike of the applicant. Another area acts as an indicator that intuition is brought into decisions. Many persons describe this as a kind of gut feeling, which one actually senses and which can also be demonstrated scientifically. This is referred to by a neurophysiologic study of Dane, Rockmann & Pratt conducted in 2012.

Interplay of the Two Systems

Some of the basic research work in business psychology and particularly in the area of intuition has been conducted by Daniel Kahneman. This Nobel laureate of 2002 in economics describes intuition as an area in our brain that acts very fast without thinking anything through. This area is complemented by a slower system that comes to a more precise decision after checking the reaction of the very fast system. These two systems are interdependent and work together. They decide in an extremely short time. It can definitely be an intuitive decision in the situations described above when the logic of the slower system does not intervene or even confirms the very fast reaction of the first system.

The entire system of intuition is, as numerous investigations have shown, closely connected with experience that has been gathered. The experience that a decision maker has acquired through preceding situations contributes continually to refining his intuitive sense. During this process, he can also learn to profit from the retrospective evaluation of his decisions and to apply his intuition purposefully in future. All in all, decisions made intuitively are usually evaluated as positive even though it is difficult to confirm this empirically.

Whereas researchers basically agree that there is an interplay between intuition and experience, and assume there is a direct link between the two, and while they regard experience as a basis and an origin of intuition, there are certain indicators which cast doubt on whether this concept is well defined. This raises questions of the circumstances under which and the extent to which experience from the past influences intuition as a basis for decisions.

On the one hand, every human being is born with intuition, but is just not able to use it at once and must first discover it for himself. On the other hand, nobody is equipped with experience at the time of birth, but first acquires it during the course of his life. Consequently, how can it be that intuition and experience are necessarily connected with each other? Might it not be that the experience acquired from a certain point onwards overlays pure intuition and that the decision maker relies only on past experience because he knows its outcome? The decision maker would obviously not want to repeat the mistakes of the past and, in the event of an undesirable outcome, will decide differently the next time the circumstances are the same; but how is this supposed to happen just on the basis of intuition? Pure intuition normally occurs in situations in which the decision maker has no experience whatsoever in the topical field at hand. This is why he has to trust his gut and apply his intuition, but cannot fall back on previous experience because he doesn’t have any.

Some initial indications of this line of argumentation were confirmed in a recent investigation at Munich Business School in the context of a Master thesis on “Intuition-Based Management − Analysis of Intuition as an Influencing Factor for Business Decisions”. However, this result must be regarded with caution because the number of underlying interviews was relatively low. But one can still see that there are definitely alternative opinions in practice regarding the current state of research and that these can be verified more exactly only with the help of further investigations.

In many investigations, including the discussions with experts for the Master thesis, it has become clear that intuition plays a great part in today’s world of business. Some people also see here the difference between a manager and a leader: a manager relies entirely on concrete facts, such as Excel data, for example, whereas a leader is also willing to decide intuitively in certain situations − even if this can entail a risk. With this in mind, it is never too late: use your intuition and get to know it properly through intuitive decisions!

About Prof. Dr. Christian Schmidkonz 41 Articles
Christian Schmidkonz, Professor for Asian-Pacific Business Studies at Munich Business School, is Academic Program Director of the Master International Business study program. His academic focus is on Business in China and Entrepreneurship. After studying economics at the Ludwig-Maximilians-University in Munich and graduation at the Mercator School of Management of the University Duisburg-Essen, Schmidkonz worked as senior consultant for the region of “Greater China”. Schmidkonz is a partner of the THINK!DESK China Research & Consulting and works as an analyst on topics around Taiwan.
About Patrick Stütz
Patrick Stütz is a 2017 Master International Business graduate of Munich Business School. 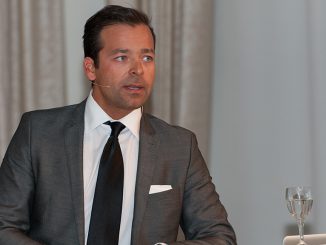 Why You Should Never Conduct Emotional Negotiations on Your Own: MBS Professor Dr. Jack Nasher Featured on Handelsblatt 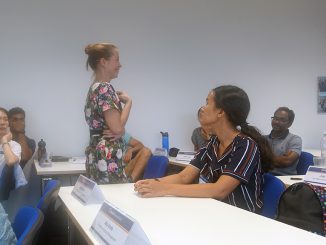 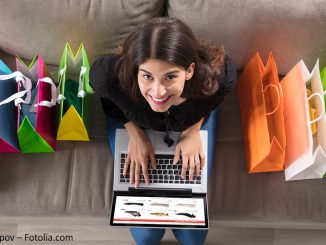 Emotions on the Web