“I’m lovin’ it!” – Really? Is there a person who truly loves the food at McDonald’s?

People do not choose what they like best, but what they fear least. We have a “loss aversion,” which is why we have a greater motivation for avoiding pain than for increasing joy. Thus, reducing uncertainty becomes a fundamental driving force of human behavior. When making a decision, we are – above all – trying to avoid making a mistake.

For our ancestors, almost every misfortune was a direct path to the afterlife: a simple cold – and death was imminent. Our ancestors had to be on guard at all times simply not to make a mistake. The careful and the cowards survived. Our forefathers.

This legacy is revealed to us again and again every day in the most trivial situations. Some years ago, I visited my Oxford friend Sasha in Brussels, who had just started working for NATO. Sasha was delayed by about one hour – presumably the Third World War had to be avoided (Sasha would often use this five-star excuse) – and so I wanted to sit down in a café and do some reading. I had the choice between a small Italian café and, right next door, a Starbucks, which I am not a great fan of. So where should I go?

My legs led me straight as a die into Starbucks. Eventually, Sasha showed up and was amazed that I did not choose Luigi’s, which presumably served the best espresso outside of Italy, but instead sat in this mediocre place which I could have found back home, right outside my front door. He was right, of course. But it was the fear of my forefathers that had driven me towards the Starbucks. Here I knew what to expect: at least decent coffee. And so, I had not chosen what I liked best, but what I feared least.

So why does McDonald’s keep serving billions? Because above everything else, customers want to avoid making a bad choice. You know exactly what a burger from McDonald’s tastes like. It is this necessity of minimizing the risk for customers that Ray Kroc, the founding father of McDonald’s, recognized early on as the key to success. His aim was to offer “the same” burger from Atlantic City to Zaragoza, or as he put it: “There is a science to manufacturing and serving hamburgers.” This idea catapulted McDonald’s and the entire franchising industry into new stratospheres.

So if you want to convince other people of anything – buying a burger or hiring you –, you would do well to follow the words of the US marketing strategist Harry Beckwith: “Do not try to be a good choice. Eliminate everything that could make you a bad choice.” This may sound banal, but it represents a paradigm shift – no matter who you want to convince, and no matter of what. 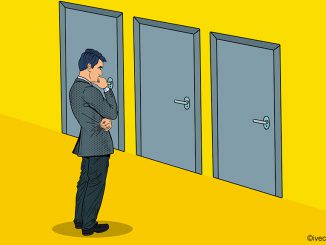 Intuition as a Basis for Business Decisions 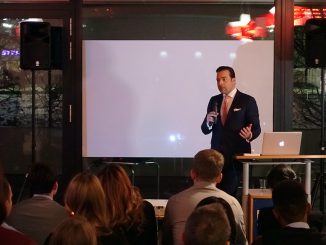