Every sports fan knows and reveres them, they are the moments when a stadium becomes the largest choir in the world, an entire nation spontaneously rises in unity, where cultures are revealed and opposition teams intimidated… they are the things a sports fan will do anything to experience.

“You’ll never walk alone” being sung by the Kop, “The Flower of Scotland” (especially before a game against the English), the “All Blacks Haka”, the “Tomahawk Chop” from the Atlanta Braves are all in the fan engagement hall of fame, which draw people from all over the world to witness. And other sports, clubs, and nations envy them.

But if you are in charge of a sporting organization charged with making your match day a must see event, can you develop it?

The AFL (Australian Football League) is the professional sports league with the 4th highest average attendance in the world, behind the NFL (the US National Football League), German Bundesliga, and English Premier League. The leaders of the AFL are currently pushing to make the competition the most spectacular and exciting game, a push which is centered around the match day experience.

Leading this push is the Port Adelaide Football Club, known as “The Power”. The Port Adelaide Football Club plays in front of an average crowd of just under 40,000 per game. The club has been assessed by media commentators as No. 1 when it comes to match-day entertainment for their ability to facilitate the passion of fans and provide the match day experience with the most entertainment in the league.

But it wasn’t always that way. Only five years ago, the club would struggle to get 20,000 on a cold winter’s night. A change to a new and modern stadium was a big step forward. However, it has been the ability of the club to engage its existing, but as importantly, new fans that has underlined their success.

So How Do You Build Fan Engagement Activations Into Iconic Fan Rituals That Become Part of What a Club and Its Fan Base Are Known For?

Executive General Manager of the Port Adelaide Football Club, Matthew Richardson, explains. “Every home game, there are a number of moments that we have been able to build into iconic rituals in recent years that define the game day fan experience and now draw people from around the country just to experience these events.”

The first moment is a “Supporters March”. Commenced in 2014 by the club and a core group of supporters, it has become an intimate part of the pre-match ritual of Port Adelaide fans.

“The march commences in the city, which is about one kilometer from the stadium, with a few hundred fans. It then winds its way down through the city and across the footbridge that leads to the Oval and picks up thousands of fans as it reaches the Stadium.

“In 2014, this march gathered over 15,000 supporters for a final (post season playoffs) at the Melbourne Cricket Ground, the largest and most iconic stadium in Australia, 800 km away.

“It was incredible! This moment has become part of the game day ritual for many, they meet at various points, bring their friends and families, and enjoy the fun, color, and atmosphere as part of their pre-game preparation.”

The march successfully tapped into an unmet need of the Port Adelaide faithful to show their pride to their cross-town (and traditionally bigger) rivals, the Adelaide Football Club. In a two-team town that is mad for football, this opportunity has become unmissable for many fans.

The second moment is a 60 second countdown into the start of the game. Up to 50,000 supporters stand as one, hold their scarves above their heads, and sing their anthem, the 80’s Aussie rock classic by INXS, “Never Tear Us Apart”. Rivaling “You’ll Never Walk Alone” sung by Liverpool fans, the song (in Aussie slang) and these moments have become one of the great fan rituals in Australian sport.

“Going into our new stadium at Adelaide Oval, we wanted to establish a ritual for the fans. However, for it to work we felt it had to be real, had to be authentic, and it had to have genuine meaning for our fans. After nine months of brainstorming, think tanks, and workshops, our events manager found the words in one of Australia’s greatest songs, from the Australian band INXS – ‘Never Tear Us Apart’.”

“Never Tear Us Apart” talks to the history of the Club. For some time, the Club was split into two clubs: The Port Adelaide Football Club, a club in the AFL national competition (division 1), and the Port Adelaide Magpies, a club in the SANFL state competition (division 2). This led to a fractured Club and a fractured supporter base, and it wasn’t until 2012 that finally the Club was brought back together as one.

“’Never Tear Us Apart’ talks to the very fact that the Club and its supporter base was in effect ‘torn apart’, and the impact of this on the Club was almost the end of the Club.”

But How Do You Implement Something Like This and Not Force It on the Fans?

“We decided at the first game at the re-developed Adelaide Oval in March 2014 to play the song as a 60 sec countdown leading into the start of the game, and see what the fans did. It took about 20 seconds to catch up, but by the end everyone was standing and singing, and the moment was born.

“As we progressed, we let it grow organically and gradually have reduced the music to allow the fans to sing, and be heard. The magic of this moment is now that it is owned by the fans, it is their moment, and even INXS themselves learned this when they headlined out round one game the next season to launch the anthem only to be told by our fans, … it’s our anthem, not yours!”

Success of such initiatives is evident when they become part of the fabric of people’s lives.

“I’ve been to many funerals where families embrace as they say goodbye to a family member, and they play ‘Never tear us Apart’. That’s the moment they remember as a family forever when they would come together and support their football club. Think how powerful that moment will be for these people as it grows into the future, so much more powerful than just a fan engagement activation.

“Both of these moments are fan engagement at its purest and best. The key to both is that they have genuine meaning to the people who march or sing, they are authentic and the fans own both moments, and this is the art in building something of substance and not a fan engagement gimmick.

“This is the great power of sport… we can tap into the emotions, and when we do that for thousands of people in one place at one time, it’s an incredibly special feeling.

“With both of these moments, they clearly aren’t new ideas, there are some great examples around the world of brilliant fan engagement activities, but if you asked our people, they’d say this is their moment, and it’s special to them and our Club. It’s about the authenticity and meaning for our fans, and once you tap into that, it becomes organic, which is the most powerful aspect… now, they just happen.”

Some Tips to Building Iconic Legacy Moments of Fan Engagement

About Prof. Dr. Todd Davey 10 Articles
Prof. Dr. Todd Davey is a Professor of Sports Marketing and Management and Marketing at the Munich Business School and a visiting researcher and lecturer at the University of Adelaide, Australia and at the Nelson Mandela Metropolitan University in South Africa. Formerly a Senior Manager with Deloitte Australia and Strategy and Business Development Manager for one of Australia’s fastest growing start-ups, Todd has ‘switched sides’ to work within academia. Having just completed his PhD on entrepreneurship at universities at the VU Amsterdam, Todd also divides his time between his roles as Director of Strategy with the University-Industry Innovation Network and leading the largest European study on university-business cooperation for the European commission. Once a semi-professional Australian football player himself, Todd previously worked as Marketing Director for a large Australian second division football club as well as conducting innovation research and consultancy for Adelaide Football Club, the Pacific Islanders Rugby team, Fortuna Düsseldorf, AFL Europe and Berlin Thunder.
About Matthew Richardson
Matthew Richardson is Executive General Manager of Port Adelaide Football Club. 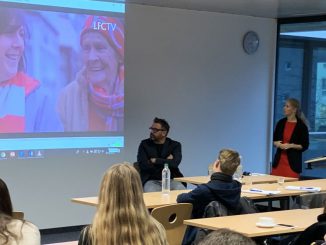 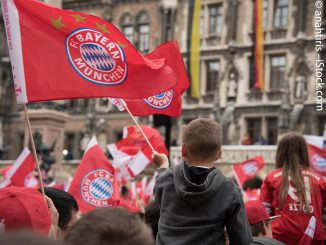 What Makes a Sports Brand Great? 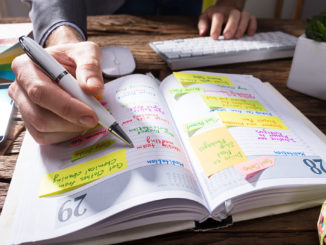 Lifelong Learning: Create a Culture of Learning in Your Team and Draw on Practices Used in Sport