The semester abroad at one of Munich Business School’s more than 60 international partner universities is one of the highlights of their studies for Bachelor and Master students at MBS. During their stay abroad − be it in the USA, China, South America or somewhere else in the world − students get to know other countries and cultures, gain important international experience, and make new friendships. And for those who return to Germany and MBS with a new job in their pocket, as did Bachelor International Business student Harrison Langenfeld, the semester abroad was a total success.

Harrison spent his semester abroad at Bond University in Gold Coast, Australia. Back in Munich, he had not only acquired much new experience down under, he had also joined a startup called rotize. As Harrison puts it, “While in Australia, I became acquainted with Jonathan, who was a student in Frankfurt and, like me, was spending his semester abroad at Bond University. Jonathan told me that in addition to studying, he also worked at the start-up rotize. Sometime or other he asked me whether I would like to join. rotize’s business idea appealed to me at once. In addition, I would have lots of leeway from the very beginning and thus have the chance to assume responsibility.”

rotize offers a networking tool for promoting communication and innovation in companies. Harrison explains rotize’s business idea as follows: “In medium and large sized companies, most of the employees hardly know any of their colleagues from other departments. This can constitute a huge obstacle to efficient, innovative work, for much information gets lost through silo mentality and lack of cooperation.

“Companies can use rotize to attack this problem in a simple, inexpensive way: The system networks employees with one another by chance, based on their time preferences, by sending them invitations to lunch. This lunch lottery principle cuts across hierarchies and encourages employees to exchange ideas over lunch, thus promoting innovations and organic growth.”

Harrison and Jonathan used the time outside their university activities to gain insights into the Australian market, establish contacts to companies, and obtain feedback about the rotize software. “The fact that we had lots of leeway,” says Harrison, “meant, of course, that we had to take care of many different things ourselves. For example, we spoke with companies, presented our services at Bond and other universities, developed a marketing and sales strategy, and looked after legal matters. Thus, I was able to apply the theoretical knowledge I had gained during my studies in actual practice and gather valuable practical experience at the same time.”

More Than Just a Semester Abroad

Back in Germany, Harrison will continue to work for rotize as Head of Sales & Business Development, possibly staying there even after graduating from the Bachelor program. Describing his plans for the immediate future, Harrison says, “First of all, I have to obtain my Bachelor’s degree. But then we also have great plans at rotize. I would definitely like to be present during the next few steps. I can say one thing for sure: The time in Australia was far more for me than ‘just’ a semester abroad.” 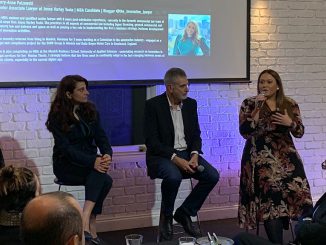 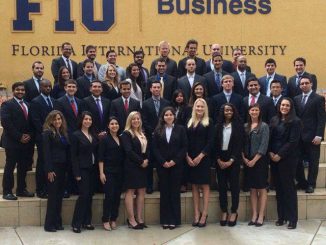 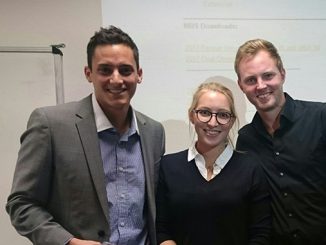