Recently, the EU and Japan have agreed on a free trade agreement to enter into force in 2019. If the agreement were implemented as planned, the world’s largest free trade area would be created. Japan is already an attractive sales market for German companies, though some still have the market entry in the land of the rising sun ahead of them.

This article describes the challenges that medium-sized German companies in the high tech industry face when entering a market in developed countries. It was prepared in the form of a case study and can be regarded as a guideline – based on the example of the Japanese sales market – for developing an appropriate and promising market entry strategy.

While the technical literature has not agreed on a standard model for internationalizing medium-sized high tech companies, it does offer a multitude of different theoretical approaches and models. Hence, this research project aims to develop a combination of several proven theories that build on each other in order to create a suitable framework for a successful market entry.

From Theory to Practice

Basically, the approach is deductive. This means from theory to practice, whereby all recommendations based on this have an inferential, deductive character, beginning with the relevant, proven theories for developing a beachhead strategy, which outlines the market entry in three phases. In doing so, an internationalizing company focuses on a strategically significant subarea of the foreign market for expansion. This strategy aims to develop capabilities and knowledge for opening up the final target market. 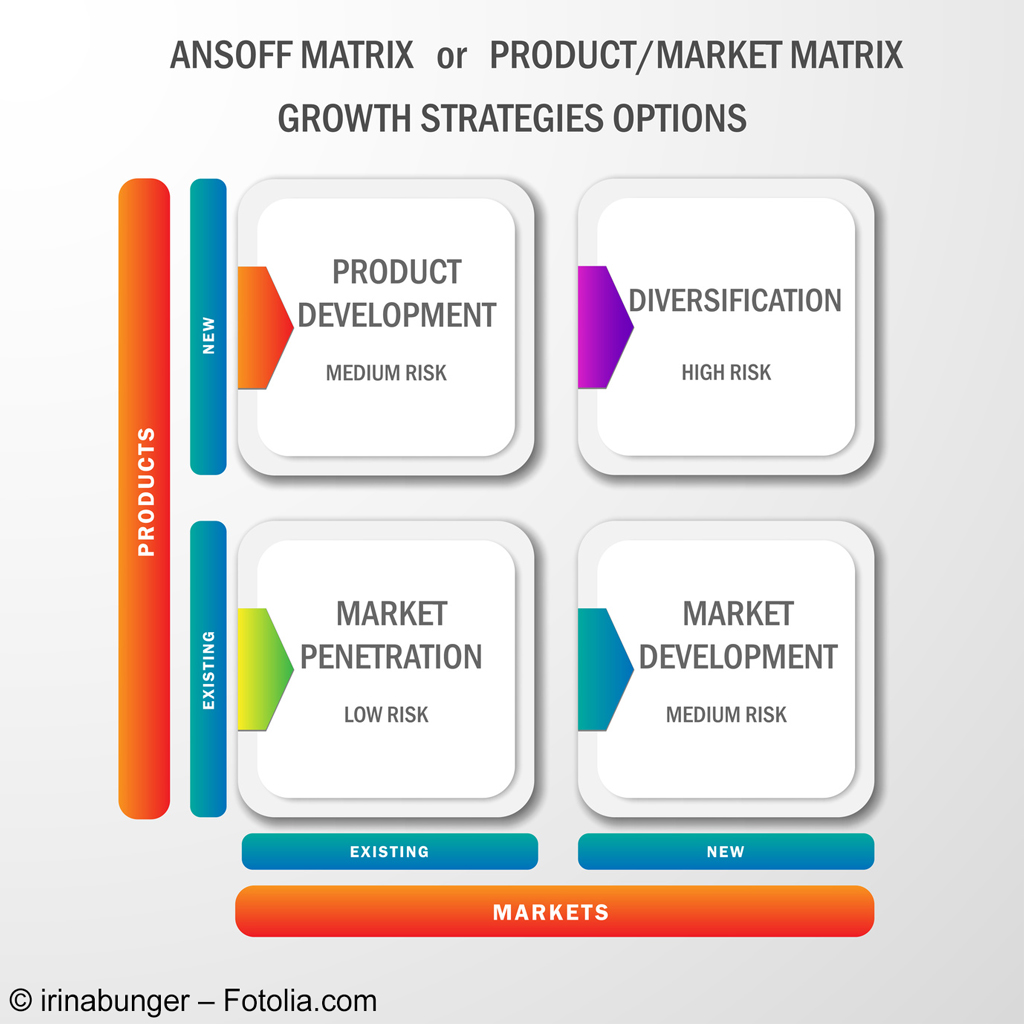 The Ansoff Matrix serves as a basis for the growth strategy. On this basis, the Porter Diamond is used to analyze the framework conditions for a market entry. This requires detailed consideration of the respective target market. Hence, the factor and demand conditions, strategy, structure and rivalry of Japanese companies in the high tech industry, as well as the related and supporting industries were examined more closely. In addition, it was also necessary to conduct a more detailed analysis of the country´s political and legal structures. On this basis, the Uppsala Model combines the insights gained in a sequential market entry strategy with a timeframe of five years.

Practical Application to a Sample Company

Concrete recommended actions for a suitable market entry in Japan were derived from the previously described interplay of the theoretical models through their practical application to a sample company (in the area of additive manufacturing procedures with specialization on 3D printing in powder-binding layer manufacturing). Subsequently, a specific internationalization process for this company was outlined in the form of a roadmap. Finally, recommended actions were worked out systematically, which describe in detail the decisions and the suitable milestones for the market entry. Thus, it was possible to outline a beachhead strategy, which is regarded as promising under application of the theoretical models. The objective is to illustrate an entry into the Japanese market in a three-phase model, in which the various high-tech products of a particular product family are introduced one by one: 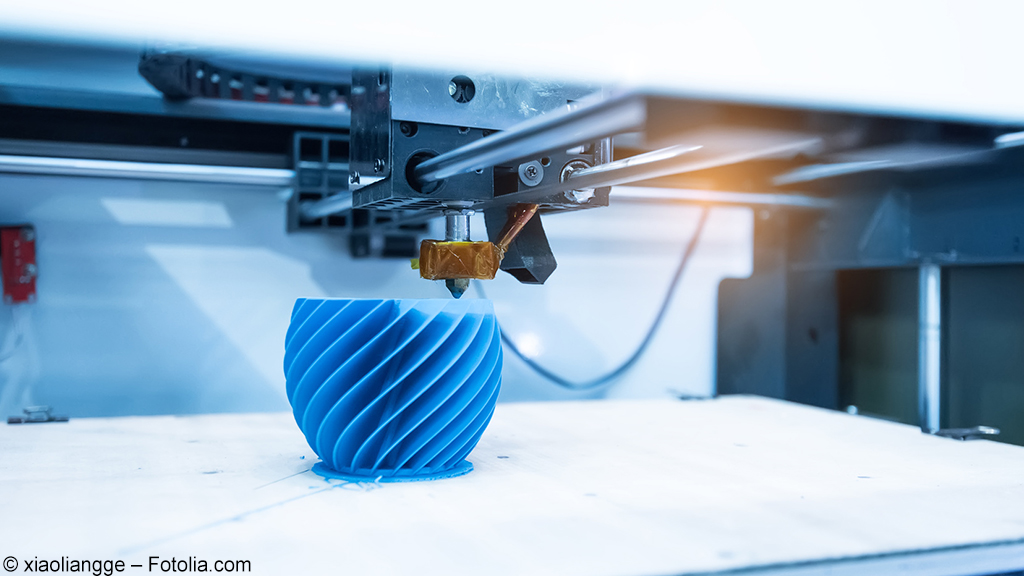 These recommendations are based on the results of the practical application of the theoretical models. The specific market circumstances for medium-sized German high tech companies that intend to expand to Japan have been taken into account in detail. However, this also means that the market entry strategy will have to be adapted whenever there are changes in any of the prerequisites, such as changes in the market, technology, or political and economic framework conditions in Japan. However, the elements to be taken into account remain valid.

There were some uncertainties that could not be completely resolved. However, this is mostly due to the high level of complexity and dynamics of market conditions and their interdependency, rather than the logical, inferential approach. It turns out that the internationalization strategies of high-tech companies require the clarification of very specific framework conditions to ensure a successful entry into the Japanese market. In particular, the approach of establishing initial contacts with the industry and thus with prospective customers in the target country via research institutions proved to have the desired effect. The credibility of research institutions and their affinity to high-tech solutions help to overcome the barriers of the market entry through an existing market access.

Even when one proceeds based on the proven, established theoretical approaches and models, one still has to verify empirically the conclusions that ultimately lead to the strategy recommended here. Changes in the economic policy of the target market (here: Japan) would exert a significant influence on the three phases described above. Hence, it is necessary to continually review the market entry, based on its framework and, if necessary, to adjust the individual steps. Currently, Japan´s economic policy initiatives, in particular, have a strong influence because they rely on promotion and development of the high-tech industry.

A corresponding and comprehensive working paper on the topic has been published here (in German language).

About Prof. Dr. Heiko Seif 23 Articles
Heiko Seif teaches as professor for International Management and his academic emphasis at Munich Business School is on Innovation, Industry 4.0 and Sustainable and International Management. After graduation, Seif taught at various German universities, and his field of activity was primarily concentrated on consulting the automotive and aircraft sectors. He founded the management consultant office CNX Consulting Partners and presently works as senior manager in the field of IT Management at UNITY AG.
About Alexander Zettl
Alexander Zettl is a 2017 Bachelor International Business alumnus of MBS. After his successful graduation, he joined Emarsys, a leading marketing platform company, as a Sales Consultant.
About Hubert Stärker
Hubert Stärker is Founder & Managing Director of HWSA GmbH. 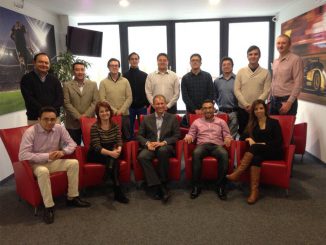 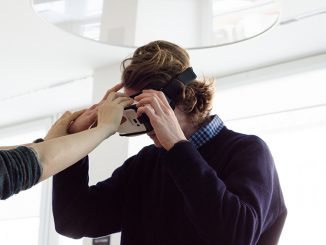