The Role and Future of Electro-mobility. This article is Part 1 of a series. Part 2, Part 3

There are only very few people aware that electric cars have been around for much longer than cars with combustion engines. Their inventor, Gustave Trouve, drove through Paris in one as early as in 1881. But later, silence fell on these eco-friendly vehicles. Since the nineties and the turnaround in energy policy, increasing fuel costs and the development of efficient batteries, the situation changed significantly. In my little blogpost series, I will discuss the role of electro-mobility for the future.

The loud drumming about low-noise vehicles seems to have stopped. Exactly 12.156 electric cars and 85.575 vehicles with hybrid drive were registered in Germany on January 1, 2014, according to the Kraftfahrt-Bundesamt (Federal Motor Vehicle Transport Authority). In2013, the number of newly registered electric cars had already doubled to 6.051 units. In November 2013 alone, 757 new electro-mobiles were brought onto the streets. In comparison to conventional combustion engines (gasoline 50.4 %, Diesel: 48.0 %), electric cars are still in the minority with a share of newly registered cars of 0.3 %. But with an increase of +75.3 %, they are the category with the strongest growth (Kraftfahrzeugbundesamt 2014). Hence, sights as these still are rare.

The first hype is now followed by a probation and evaluation period. Electro-mobility requires the cooperation of a large circle of stakeholders to achieve economic implementation of the goals that were jointly defined by politics and the economy. They are planning to realize a future-compatible alliance of energy, industrial and traffic policy. Research subsidies in this context are concentrated on two key subjects: On the one hand, on the battery as center piece of future marketable models, and on the other hand on the development of new systematic approaches for electric vehicles, in particular under the aspects of energy efficiency, safety and reliability. Also in Germany, the industrialization of electric vehicles is advancing. The NPE, National Platform for Electro-mobility, composed of top representatives from the economy, politics, sciences, associations and unions, still see the present focus on research and development in their current research report. But at this point already, after renowned German car manufacturers like BMW, Daimler or Volkswagen have launched their product ranges to the market, the focus shifts into the direction of mass-scale distribution and marketing: As politics and the economy have issued a clear future vision regarding mobility in 2020, the turn is now on the manufacturers to start marketing the outlined vehicle concepts successfully.

In cooperation with UNITY AG, I realized a survey on electro-mobility in 2013, scrutinizing the evaluation of 125 decision makers in the German automotive industry (e.g. 36 decision makers from car manufacturers, 30 decision makers from automotive components suppliers, other companies of the electro-mobility system, refer to illustration 2), analyzing marketing issues and factors of success for electro-mobility: Approx. 70% of the participating decision makers of the components suppliers and 80% of the participating decision makers of the automotive industry are convinced of and expect a successful market launch by 2020. The majority of the manufacturers who believe in a market breakthrough before 2020, place their bet globally on government-subsidized markets or markets in megacities and/or economic centers. In Germany, for example, Stuttgart is scheduled to be the first center for electro-mobility. Within this project, roughly 110 million Euros will be invested into over 40 different projects by 2015. Its goal is to reach more than 2.000 registered electric vehicles and 1.000 charging stations within the city area and the bordering regions. The use of electric cars seems reasonable, above all, in big cities and mega centers, because the (still) small reach of these vehicles plays a subordinate role in view of the limited distances that must be overcome within the limits of a city – for example in combination with public transport. Only very few decision makers of the companies participating in the survey (< 20%) believe that marketing of electric cars in Europe will be successful only within small niches.

If the market breakthrough of electric cars will have been realized by 2020, what needs to change in the economy, politics, technology etc. in order for electro-mobility to gain a sufficient market share? Please check for more in the coming week.

About Prof. Dr. Hans H. Jung 50 Articles
Hans H. Jung has been holding the professorship for Marketing at Munich Business School since 2012. After his graduation, he worked several years as a manager and consultant for premium car manufacturers in Germany and abroad. Since 2011, he has been working for the management consulting agency UNITY AG as Senior Manager. 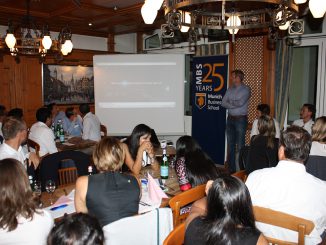 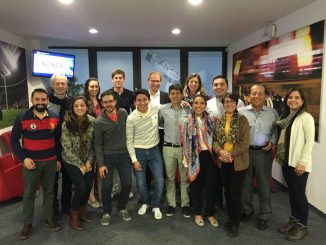 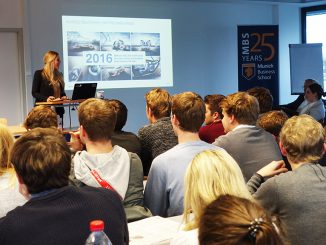