Shopping for milk in a foreign country can be a confusing experience. Here in the UK (and the USA from memory), the product range is limited. In the UK, the fat content isn’t listed, just whole, skim, low fat. The cheese isle is small and mostly limited to six strengths of cheddar and a few different blue cheeses, and well, that is about 95 percent of all cheeses. Boring, I know, but the aisle of creams in the UK takes on a new level all on its own (single, double, whipping, pouring, clotted etc.).

In Germany, the experiences of the Filipino students shopping for milk is always a good story, and it is understandable. The isle of milk alone at the local HIT supermarket next to Munich Business School is massive. What type of milk should one buy? All natural? Traditional? Raw? What level of fat (0.7, 1.5, 3.5, 3.8 percent)? Which producer should be selected? For many this experience is a little like the infamous potato chip isle at a US food store. (Note: I once read Germany is the country that offers the greatest selection of cheeses and bread, too. After living in the UK for two months, and having toured multiple other EU countries, I don’t doubt that claim at all.)

While explaining the milk differences to recent guests here in the UK, who were accustomed to a much larger selection, and needing to buy approximately eight liters for one week (the UK still measures in British pints), several types of cheddar cheese to try and lots of double cream for making ice cream, all at prices that I considered to be really low, I once again began thinking, how environmentally safe are all these milk products? (This thought also recalled memories of an EBS International Business Project report on cows and alternatives to milk consumption.)

Now, various studies highlight all the benefits of milk, and others cite that milk is perfectly healthy for a calf but adults do not need milk, and other studies claim that too much milk (and milk products) leads to things like prostate cancer (Canadian Cancer Society). Regardless of which study you want to believe and why, the issue here is us as world citizens and the environment.

Too Much Supply? Increase the Demand!

Milk prices have been relatively low recently. Meaning that the supply is up. So, what is a farmer to do – keep in mind it is milk and cows need to be milked twice a day. Simple, increase the demand via a farmers’ organization. And in the USA, there is an organization to do just that, the Dairy Management Inc., who works with fast food retailers to create new offerings using more dairy products. Dairy Management employs dairy scientists to work at other company headquarters to assist in developing new menu items that increase the usage of milk products. McDonald’s had a goal of adding on more than three billion pounds of additional dairy to its products from 2012 to 2014 (dairy.org). At least some of these initiatives seem to have been working, as the 2014 to 2015 yearly comparison shows each person in the USA consumed an extra pound of butter and cheese (combined), and total consumption showed a record high of 627 pounds of milk products per person, as reported by the USDA (https://www.ers.usda.gov/data-products/dairy-data/).

However, despite pushing demand up, in 2016 over 43 million gallons of milk were dumped (does grass grow better covered in milk?). That’s a lot of milk going to waste. Part of the problem is global surplus, as it seems many farmers increased future output as prices and demand were up in 2014, and the 2016 prices then dropping about 33 percent. The USA added over 40,000 cows, each producing 1.4 percent more milk (Morgan 2016). USDA (October 11, 2016) pledged 20 million USD for the purchase of surplus cheese, to help aid the problem of farmers. Cows and farmers must be too big to fail too…

The Issue With Cows

“Meet the world’s top destroyer of the environment. It is not the car, or the plane, or even George Bush: it is the cow” (Lean 2006). The Independent (Lean 2006) reports the following issues with ruminants (http://aitc.ca/bc/uploads/ruminants.pdf), meaning primarily cows:

Don’t misunderstand me, I am not a vegetarian, and really do like all types of cheese and simply love good ice cream. (OK, Casu Marzu may be the first ever cheese to be on my foods to skip list. Thanks to my Italian students for informing me about this specialty product from Sardinia. Let’s be honest though, who can really enjoy cheese with larvae jumping on them?). However, identifying and making changes for a better business world also means becoming better world citizens and ensuring the planet is available for future generations to enjoy.

Besides reducing my intake of calories from milk products, reducing my purchases alone will have a minimal impact on the world, but as more become aware of the situation and also do the same, maybe we can all make a difference together. Maybe others would like to help curb their milk intake to eliminate the need for so many cows? (Don’t worry one calf is still cute, but one billion are no longer cute. statista.com reports the world has around 1 billion cows).

My pledge is to: only have one cappuccino per day (latte on the weekends), consciously observe and reduce the family’s milk product consumption, reduce my cheese consumption by 50 percent and avoid ice cream at least three times per week (did I mention I really like ice cream – meaning this will be challenging). We don’t really eat fast food more than twice a year so that is already fine, we consume beef no more than once per month – children like hamburgers, and finally I will learn more about the emissions caused due to food consumption and work on lowering my family’s impact. Hopefully, this will make for a positive starting point on this endeavor.

Where can you start? Maybe start with one less latte per day –  try an espresso instead – coffee without milk is supposed to be good against Alzheimer’s too. 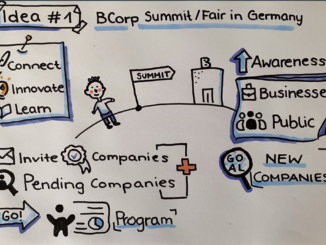 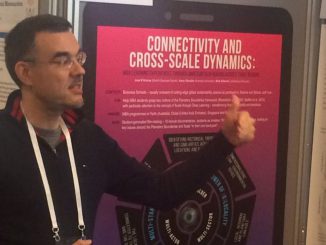 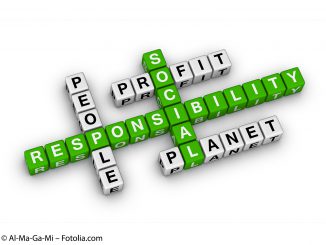