After a total of ten years in various positions at MBS, Nathalie von Seyfried says farewell to the higher education landscape: At the end of October, the Chancellor of Munich Business School will resign from her position at her own request in order to focus on a new challenge.

Nathalie von Seyfried’s time at Munich Business School began in June 2010, where she took up the newly created position of Head of Career Center, thus building up and continuously developing the Career Center from the very beginning. In addition, the economics graduate was involved in the sales of the MBA program. After a short excursion into the start-up world in 2013, Nathalie von Seyfried returned to MBS as a representative of the university management. During this station she was involved in numerous strategic projects, one of the most important of which was certainly the introduction of the DBA program. In March 2015, Nathalie von Seyfried then became Chancellor and CFO of Munich Business School. In this position, the Heidelberg native has made a significant contribution to the positive development of the university over the past almost six years. In addition to many other projects, she has driven forward topics such as the establishment of executive education, the introduction and expansion of systematic further education for MBS employees, as well as the promotion and impetus of the topics “Women in Leadership” and diversity.

Stefan Baldi, Dean of Munich Business School, regrets the Chancellor’s decision to leave: “We deeply regret that Mrs. von Seyfried is leaving MBS after ten years to pursue a new challenge. The entire university thanks her for her extraordinary commitment and successful cooperation as well as the accents she set during her almost six years as Chancellor. She has made a significant role in expanding the university’s position among the quality providers for study and further education. Nathalie von Seyfried has also passionately promoted the topics of women in leadership positions and diversity and has thus become a role model for students.”

Nathalie von Seyfried may turn her back on the university world, but she will remain true to the education sector: In the spirit of her commitment to the topic of diversity, she will take on a managing director position in the education sector with inclusive children’s homes, schools and curative day care centers at Stiftung Pfennigparade from January 2021. Since its foundation in the early 1950s, at that time still as a citizens’ movement to fight the polio epidemic, the Pfennigparade has accompanied people with physical disabilities with a wide variety of offers in which people with and without disabilities live, work and learn together.

Looking back, the passionate cyclist Nathalie von Seyfried, who cycled to MBS day in, day out, regardless of wind and weather, summer or winter, has a positive view of her years at the university: “The time at Munich Business School has had a great impact on me – in the best sense of the word. I am grateful for all the encounters with students, alumni, colleagues and professors. I was able to gather many valuable experiences. Munich Business School and its people are very unique. I am looking forward to seeing from afar in the future where the journey of MBS is still heading”. 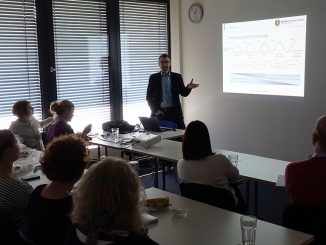 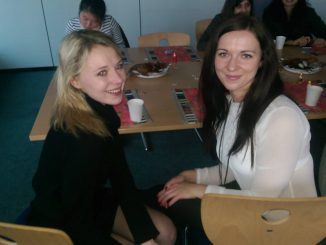 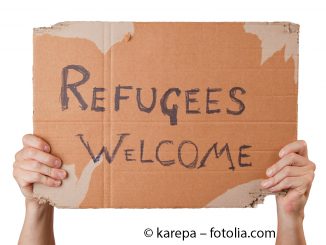 “Refugees Welcome” and the University of the Future