Being part of a student initiative is a great way to meet new people from different semesters while doing or discussing something you have interest in. If you are not enthusiastic about any of the current initiatives and have a good idea for a club, which could contribute to MBS students’ learning and development, you might also consider creating your own student initiative. The process is very simple! You have to come up with an idea, find some comrades-in-arms, as well as a support from academic or staff side, contact Ms. Stangl, tell her your idea, hand her a document with the specifics and fill a registration form. In order to guide you through your process of creating and managing your own student initiative, I will tell you my experience with the MBS Culture Club and give you some useful tips for your club.

The idea of the Culture Club started when my classmate Lien and I wanted to have greater interaction at the Business and Culture classes with Professor Harald Müllich. Classes were very insightful, but there were many interesting ideas, which could be subject to discussion that were not debated, since we needed to keep up with the (extensive) program. Therefore, we thought of creating a space, in which students could debate and give their opinion on topics similar to those taught in class and come up with new ideas of discussion.

Since we were not very sure about how to create such an initiative, we started by approaching Professor Müllich, telling him our idea, and asking him to accompany us throughout the process. Having him in the club was a great way to let interested students know that the club would follow a similar line to that of the Business and Culture class. He was also very helpful when proposing new topics, and breaking the ice by introducing each topic of discussion. Therefore, I would advise students who want to create a club, to invite a professor, or a person who is knowledgeable on the matter to join you. Most MBS professors will surely be glad to cooperate.

After we went through the (very simple) process of registering the club, we could officially promote it on campus. We mainly advertised it through our MBS WhatsApp groups, friends and Professor Müllich´s classes. Alternatively, you could also promote your initiative by contacting the front desk. They will gladly publish the relevant information of your club on the Virtual Campus. After a week, 14 students had signed up for the club, but with the time we got
up to 18 members. Unfortunately, we made the mistake of not advertising the club any further after we gathered our initial group of members. Therefore the club never grew beyond that. Hence, I would advise any student initiative to keep publishing information about the club every once in a while, and make a strong advertising campaign at the
beginning of each semester.

In order to organize each meeting, Lien and I would normally come up with several ideas for the discussions and put them into vote in the group. However, members could also suggest any other topic they wanted. Once the theme was selected, the date and time was scheduled and notified to the members, so that they could prepare for the discussion. As mentioned above, Professor Müllich would normally introduce the topic and everyone could intervene at any time in an informal way. If the conversation started to stagnate, Lien and I had prepared several questions, so that the meeting was kept interesting. Also, we would actively encourage the most quiet members to speak. All of this made each meeting very interesting and allowed everyone to participate, to the point that the people who were the shyest at first, would be very participative by the last meetings. So I think that in order to keep your reunions engaging it is important to let them have a casual tone, but at the same time you should be prepared to interfere when necessary.

The Culture Club encouraged its members to speak their thoughts on controversial topics in a safe atmosphere, gave them the chance to understand the points of view of their peers, and helped them to get new insights on different thematics, all while making new friends and connections. Overall the Culture Club is having a positive impact in the MBS community, and now that Lien and I are about to graduate, we do not want the club to finish with us. Therefore, we have handed the management to one of our most active members. Hence, this would be my final advice for your initiative: let the most engaged students be involved in everything you do, so that the initiative carries on after you leave MBS. 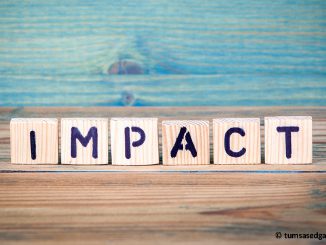 The Impact of Foundations: A Multidimensional Examination 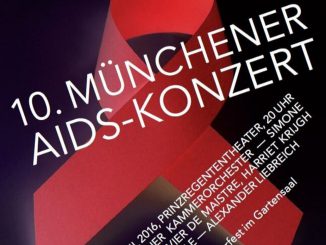 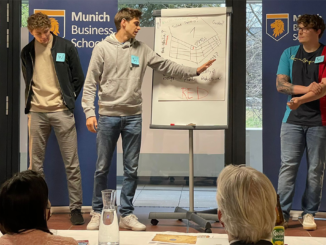