Currently, rising inflation in Germany is being heavily discussed in the media, as it rose for nine consecutive months through September 2021, reaching a high of several decades of 4.1% year-on-year (Source: DESTATIS – German Federal Statistical Office, Press Release No. 482, Oct. 13, 2021).

Is this a cause for concern?

To assess whether and how inflation affects individuals, we must first understand what inflation actually is. Inflation is understood to be a general increase in prices. It is an average value based on a basket of goods, which is determined by the Federal Statistical Office.

For Germany, the consumer price index for Germany is calculated by the Federal Statistical Office, which also determines the weighting pattern (To be viewed here). Of the total of 12 areas, housing, water, electricity, gas and other fuels has the highest weighting at just under one-third, while spending on education only accounts for less than 1% of the basket of goods and services. Accordingly, price increases for different goods are reflected to varying degrees in the consumer price index.

If the personal expenditure breakdown differs from the average, personal inflation will also differ from the officially reported value. For example, spending on education is likely to be unevenly distributed across the population as a whole, since the basket of goods includes all private spending on all areas of education, from fees for day care for children to university tuition to private lessons and adult education. So, there is certainly no real person who consumes the entire basket.

Is this therefore a reason to sound the all-clear, at least for some?

Basically, rising rents, for example, essentially affect new tenants, since existing rents can often only be increased to a very limited extent. Property owners are not affected at all.

As energy prices are currently rising, energy consumption also depends on the size, type and nature of the home and the lifestyle of the individual. In this respect, people do have some influence on their “personal inflation” by changing their behaviour – for example, instead of using their own car, they can use a carpool to get to work. With rising energy prices, however, there is an additional danger that all goods will become more expensive, since energy is the basis of all production.

One development often feared at present is stagflation. The term is made up of “stagnation” and “inflation.” This unfavourable condition occurs when a structural change, such as a supply shock, causes the economy to stagnate, but at the same time prices rise. Normally, when the economy is stagnant, prices would not rise because businesses cannot impose price increases because consumers have to save. This phenomenon was first observed in the 1970s when oil-exporting countries tightened their oil production, triggering a global supply shock that drove up inflation in many countries.

So, what is the outlook for the future?

Inflation indicates the change in prices from the previous period, i.e. if prices rise once, there will be a one-off inflation and that is it. I.e. if the one-time shock remains, inflation flattens out. One argument in favour of this scenario is that base effects are responsible for the high inflation rates since July 2021, among other things, due to the corona-induced reduction in VAT a year ago and the associated drop in prices for many goods.

One danger is when a price-wage spiral sets in: Higher prices cause employees to lose purchasing power, which they seek to compensate for through higher wages. But higher wages mean higher costs for companies, which therefore raise prices, which in turn leads to higher wage demands. If this spiral continues, there is a risk of permanently high inflation. This was the problem after the oil price crisis.

In recent decades, various factors such as the loss of importance of trade unions or China’s integration into the world market have so far kept price pressure low. However, these effects are subsiding. In addition, demographic developments are leading to a shortage of skilled workers, which will cause wages to rise. This may encourage permanently higher inflation in the future.

Political reasons can also fuel inflation. Rising prices for primary energy sources, which are responsible for most of the current inflation, also have -at least in part- international political backgrounds that await resolution. If governments want to address the issue of climate protection, market regulation makes sense from an economic point of view: high prices for fossil fuels lead to lower consumption and provide incentives for the development of new and improved technologies. The permanent price increase can only be mitigated if sufficient suitable substitution possibilities in the form of alternative energy sources are created or existing energy can be used more efficiently.

About Prof Dr. Florian Bartholomae 22 Articles
Prof. Dr. habil. Florian Bartholomae is Professor of Economics at Munich Business School. His research focuses on the economics of the information society and regional economics. At MBS, he teaches the basic economics and mathematics courses in the Bachelor's program as well as advanced economics subjects in the Master's program. In addition, he is a private lecturer at the Institute of Economic and Legal Principles in Global Industry at the Universität der Bundeswehr München as well as a partner in the political consultancy Bartholomae & Schoenberg Partnerschaft. Furthermore, Florian Bartholomae is an external lecturer at the IMC University of Applied Sciences Krems and conducts research on current economic and economic policy issues together with Alina Schoenberg, academic director of the Master's program "International Business & Economic Diplomacy" at the IMC University of Applied Sciences Krems.
About Prof. Dr. Eva Stumpfegger 8 Articles
Prof. Dr. Eva Stumpfegger holds a degree in business administration from Passau University and a DBA from University of Gloucestershire. She is an experienced professional in brokerage, asset management, banking, insurance, and consulting. Prof. Dr. Eva Stumpfegger has been teaching at MBS since 2007; since 2017, she has been a Professor for Finance. 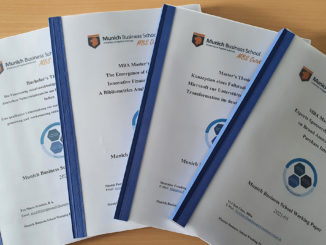 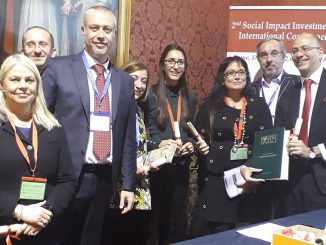 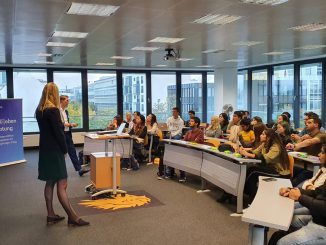