“What on earth is poetry therapy?” I thought to myself a few weeks ago, having heard the term on the radio as I walked into the kitchen to make myself a coffee. The explanations and examples that followed made me so curious that I did a little research. Writing therapy, often known as poetry therapy, has now been thoroughly researched as a method of improving a person’s spiritual and physical wellbeing, using writing as a source of support in everyday life but also to promote healing processes. “Writing has many functions: self-reflection, insight, helping us to make decisions; it is a form of processing and takes certain things off our minds,” says writing therapist Prof. Silke Heimes. “If you write regularly, it can act as a sort of spiritual hygiene.” (Ziegler, 2016).

I asked Silke Heimes, who was quoted in the radio piece I heard, whether she would be willing to give a lecture on the subject at Munich Business School – and she instantly agreed. And so, on the evening of April 14, around 40 MBS students, lecturers and staff gathered for her interactive lecture.

Prof. Silke Heimes is a proven expert on the subject; she is a doctor, a Germanist, a Professor of Science Journalism at the Darmstadt University of Applied Sciences, and the author of numerous books. She outlined a series of studies that have demonstrated the various effects of writing. In fact, writing for several days in a row, for twenty or even five minutes at a time, has been shown to consistently improve physical and spiritual health, ease stress, bring order to chaos, stimulate the imagination, promote communication and boost self-confidence, to name just a few of the positive effects. Writing regularly is essentially a form of mental hygiene, Heimes told us. Not having enough time is no excuse, she said – ultimately, we also find time for physical hygiene.

In one study, first-year students were asked to write about their transition from school to university for twenty minutes on three consecutive days. The control group were asked to confine their writing to superficial issues. The positive effect was seen in the form of fewer visits to the doctor and better overall health, while average grades and mood also benefited from a slight positive influence (Pennebaker/Colder/Sharp, 1990). These examples from research proved very convincing and were further confirmed by the experiences of some MBS students. Ahead of the lecture, the students had been asked to answer questions on the effects of personal writing.

One student asked whether it these effects couldn’t also be achieved by other means. Prof. Heimes said that was certainly possible, through music or painting, for example – as has already been recognized and adopted in art therapy and music therapy. However, as she pointed out, you don’t need any instructions, preparation or introduction in order to write. All you need is a pen and paper, and you’re ready to start – and the participants at the interactive lecture had both to hand. The first writing task of the evening was titled: What thoughts and feelings are inside you right now? Prof. Heimes gave us five minutes.

“I’m Relieved – I Feel as Though I’ve Just Put Down Luggage I’d Been Carrying.”

Have you ever noticed how many thoughts are swimming in your head, from worries about your daily routine to Harry Potter? And why on earth would that come to mind, anyway? One participant described the sensation of thoughts and feelings dancing in her head while writing. Another student said: “I felt like I was carrying around some luggage the entire time, and I’ve just been able to put it down.” He described spending the entire day writing at work – emails, notes and so on, but never anything personal. But, when he was asked to write about his inner thoughts, he had the feeling of finally being able to let go. He said that he felt relieved – a quite unique feeling.

“There is a big difference between functional writing and emotional writing,” said Prof. Heimes, explaining this experience. “Functional writing has to serve a purpose and fulfill specific requirements, with its success measured by others. Emotional writing, on the other hand, does not follow any rules and is not assessed by the outside world, by third parties; it is a very personal writing process, a very personal analysis free from self-censorship.” She argued that writing – like music and painting – is a form of expression that allows us to access our subconscious, which possesses greater wisdom than our alert, conscious mind. “On paper, we can be completely and utterly honest: we don’t have to put on an act for anyone. Getting started is so easy,” Heimes continued. Ideally, she told us, we should write with a pen and paper rather than typing on a keyboard, as it slows the process down and leaves more space for imagination.

1 2
About Prof. Dr. Gabriella Maráz 34 Articles
Gabriella Maráz is Professor for Intercultural Management and Research Methodology and focuses on information and communication psychology and work techniques. 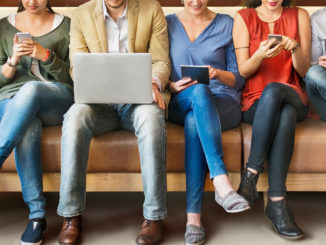 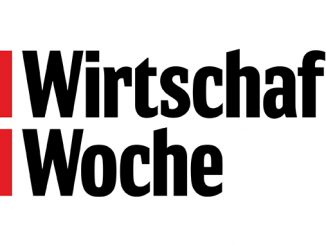 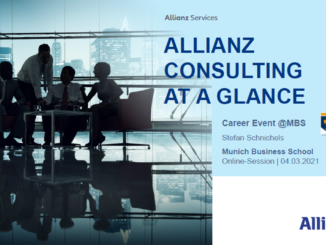 In-House Consulting at Allianz: An Evening With Stefan Schnichels