Be honest, we have all thought this. Today, we will not be addressing that little inner child who wants to be a rock star, but continuing on the topic of managerial biases.

In a previous posting, the recency effect was covered. This time, we will focus on the overconfidence bias. In short form, overconfidence bias is when one is just that, overconfident, based upon past experiences. This effect is present in trading stocks: How many of us, after a few “quick and easy” wins, expect that the next trade will also be a winner? Isn’t it funny how we expect the next trade to also be profitable, although it could just as easily be a losing trade?

Maybe for some of us this happened during a different situation – passed several exams in a subject easily, then bombed a final; made several great presentations and figured the one tomorrow will also rock; or overestimated the number of projects that could be completed within a time period, based upon past experience and not the reality of today?

Heck, I rushed making some ice cream the other day, expecting no issues because I had made that ice cream several times prior. OOPS. It wasn’t at the point of landing in the trashcan, but it wasn’t anywhere near what a good ice cream should be (there is just no such thing as not enough good ice cream in life, and mediocre ice cream is still better than no ice cream at all).

Personally, when considering the overconfidence bias, the first thought of mine always seems to be of mountaineer Rob Hall, who had summited Mount Everest five times – Yes, five times to the summit of Mt. Everest!!!

And then, with overconfidence in hand, the mountain took his life in the tragedies on Everest in 1996. When considering his quote “I believe 100 percent I’m coming back…. My wife believes 100 percent I’m coming back. She isn’t concerned about me at all when I‘m guiding because I’m gonna make all the right choices” (Krakauer, 1999), he clearly didn’t see the deficiencies in his ability to lead teams up Everest. And that thought alone should be enough to keep us focused and aware of the importance to attempting to limit the overconfidence bias.

Answer the following questions before continuing to read further. In doing so, choose a range where you know you will have a 90 percent probability of being correct. Don’t do something cheeky like answering zero to infinity. The answers will be provided at the end. The challenge is to not be too narrow (overconfident) or too broad (under-confident), as both are bad.

Put your Confidence to the Test

Scroll down to the answers, and how did you do? Remember that you wanted a 90 percent probability of being correct, without being too overconfident or under-confident. Success would mean that you only have 10 percent incorrect – that means one wrong.

The overconfidence effect does not analyze single results, it is concerned with the difference between what we really know and what we think we know. It may just be the most common pitfall for managers, because most of us extremely overestimate our ability to predict outcomes.

One day last summer, the morning weather forecast list a zero percent probability of rain. Zero percent is an absolute, and I was baffled that anyone listed that publicly. Well, I have never gotten so wet on my way home as I did on that day! Maybe the first grade students were in charge of the weather prognosis that day…

Overconfidence leads to flawed decisions that often worsen than solve problems. Maybe I was overconfident regarding the weather forecaster’s accuracy, but that is a different story.

Managers are Known for Overconfidence

Managers are known for overstating their abilities and their accuracy in forecasting. Overconfident CEOs enter into more value destroying mergers than any others. In addition, Paul Hribar and Holly Yang report that the more overconfident a CEO is, the more likely the earnings forecast will not be met.

Overconfidence also seems to be more prevalent among experts than the common person. In the past week, Yahoo! Finance has run many stories by experts about the direction the stock market and world economy is going. Many are extremely negative in their views and the others are recommending backing up the truck to load up on stocks.

They all insist the other camp is not only wrong but that their analysis is severely flawed. Both camps are dead certain in the direction of the global economy. It doesn’t matter if they are optimistic or pessimistic, experts always think they are correct.

My favorite example, from Taleb (2010, 152-3), although it isn’t sourced correctly, is not related to investing but of a poll of Frenchmen, asking if they were above average lovers, 84 percent said yes. How can 84 percent of the population be above 50 percent?

Drivers are known for accurately assessing risks associated to driving, but believing that they are less likely to be involved in an accident than the average driver. Taleb (2010, 152) states that 94 percent of Swedes believe that their driving skills are above average. Now that is overconfidence!

Being extremely skilled at a job is not the same as being a good leader. Is confidence needed in leadership? Most definitely. You don’t want to follow someone who isn’t confident in what they are doing, do you? But at the same time, it can be extremely negative.

In dealing with the overconfidence bias, I can offer the following tips:

In the end, know that you will overstate your knowledge and abilities, everyone does it, but try to look at things differently with your newfound knowledge. Rock on!

Answers to the questions: 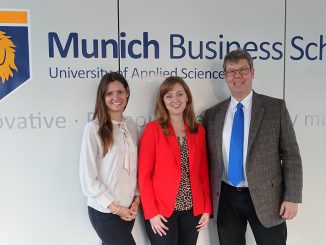 Which Work Areas Are Affected by Change? EY Gave Interesting Insights About Change-Management 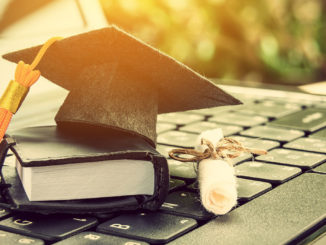 “The Process That Led Me to the Research Project Was a Very Rewarding One.” – Dr. Alexander Müller Talks About His DBA Studies 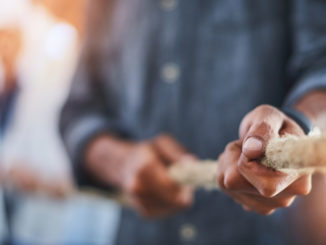