An MBS survey, directed at decision makers of sport sponsorship in Germany, shows the potential of social media and highlights the areas in which the sporting clubs (sponsees) have to improve.

Every second German uses his or her smart phone on a daily basis to access the internet and a great part of their online activities happen on social platforms such as Facebook or Instagram. According to the latest ARD/ZDF report[1], it is particularly the generation from 14 to 29 years-old that constitute the largest social media users on mobile devices.

The emergence of social media has been opened up greater possibilities for fans to interact more directly with their favorite players and clubs. This is particularly true for millennials who are digital natives, however we are also increasingly seeing the use of social media as a source of information and news before, during and after sporting events.

Given the increasing use of social media by fans, opportunities for sporting organizations (sponsees) as well as sponsors to use this media as a major form of communication are rapidly increasing.

Whilst many sponsors and sports consulting agencies already have this trend on their radars, as evidenced by the increasing communication through digital platforms, the question remains of how sponsees have to react to that trend and which social media rights must be created in order to satisfy the sponsors’ needs.

Sport Sponsoring in the Digital Age

In the last 20 years, the influence of technology has impacted, on occasion, the rules of the sport (e.g. the hawk-eye in tennis or the 2-minute warning in the NFL) as well as the sport broadcasting such as digital TV boards. Resultantly, sport sponsoring has also undergone a great deal of change, particularly in respect to the proliferation of media channels and the ongoing technical progress (e.g. digitalization of signage at grounds).

The social media trend does not really influence the sport itself, rather the way the sponsorship-communication within the sport works. In a survey of 89 German sponsors of sport conducted by representatives of the Master Sports Business and Communication program at Munich Business School, more than 79% of the respondents stated that social media is an important tool within their sponsoring communication toolbox.

In addition, 55% of the sponsors claimed that through social media rights, they could actually meet their sponsorship goals better than without. These results highlight that the social media trend directly influences the need of sponsors to get communicative rights on social platforms.

Receiving attention/ coverage (93% of sponsors rated this as good or better) was named as the most important sponsorship objective that social media rights contributed to, followed by interaction with the target market (82%), image transfer (80%), increase of their network (76%) and public relations (71%) rather than a source of differentiation to their competitors (45%), as a demonstration of their capabilities (48%) nor as a means for achieving sales goals (28%).

However, when comparing the importance of these factors against the suitability of social media rights in helping sponsors to achieve their sports sponsoring goals, sponsors expressed that their expectations were not being fully met. This was particularly true for the most important factors including attention/ coverage, image transfer, interaction with the target market, expanding their network and PR, which the sponsors deemed were insufficiently addressed by sponsees with social media.

In 2016, about 40% of the sport sponsors already bought social media rights from their sports athlete, club, association or other. Interestingly enough, 60% of all those rights were bought in the past two years, indicating the increasing demand for those rights. While most of these rights include activities on Facebook, rights on the photo-network Instagram have experienced a big rise recently, confirming the assumption that photo and video content become more and more popular.

Key Actions From the Study

Kay Himmighöfer, Master Sports Business and Communication student, and the architect of the study:

“The obvious thoughts are getting confirmed in the survey. Goals like attention/ coverage, interaction with target group and image transfer are the best rated goals. Sponsors tend to treasure social media rights for their communicative aspects, whereas sales goals do not get any recognition.

Simon Trägner, co-supervisor of the study:

“There is a significant amount of sport sponsors who actually have both conscious and unconscious needs for social media rights. Since it should be in the interest of both the sponsor and sponsees, it is the responsibility of both the sponsees and the sponsoring agencies to inform the sponsors about new possibilities in the digital world.

If current and potential sponsors would be better informed of how social media work and what these platforms can help to achieve, there is an increasing likelihood that they will consider expanding their sponsoring engagement onto the digital channels.”

Current Social Media Rights Do Not Satisfy the Sponsors

“Thinking one step further, it is not just about selling as much rights as possible, it is about selling rights that serves the requirements of the sponsor. The study showed that the current rights do not achieve what they should.

The importance of especially the top 3 goals (attention/ coverage, image transfer, interaction with the target market) is a lot higher rated than the actual satisfaction level with those goals. The imbalance of the factors highlights the most urgent areas for improvement by sponsees.”

About Kay Himmighöfer
Kay Himmighöfer is an MBS student in the Master Sports Business and Communication program.
About Simon Trägner
Simon Trägner is the Managing Director of Leitmotif Consultants (Constantin Medien AG).
About Prof. Dr. Todd Davey 10 Articles
Prof. Dr. Todd Davey is a Professor of Sports Marketing and Management and Marketing at the Munich Business School and a visiting researcher and lecturer at the University of Adelaide, Australia and at the Nelson Mandela Metropolitan University in South Africa. Formerly a Senior Manager with Deloitte Australia and Strategy and Business Development Manager for one of Australia’s fastest growing start-ups, Todd has ‘switched sides’ to work within academia. Having just completed his PhD on entrepreneurship at universities at the VU Amsterdam, Todd also divides his time between his roles as Director of Strategy with the University-Industry Innovation Network and leading the largest European study on university-business cooperation for the European commission. Once a semi-professional Australian football player himself, Todd previously worked as Marketing Director for a large Australian second division football club as well as conducting innovation research and consultancy for Adelaide Football Club, the Pacific Islanders Rugby team, Fortuna Düsseldorf, AFL Europe and Berlin Thunder. 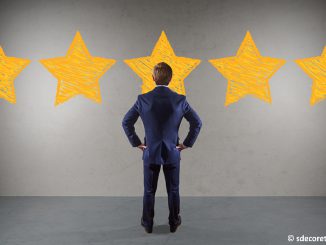 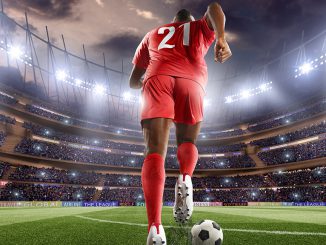 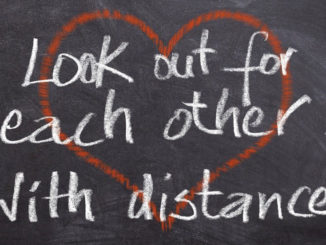