The sports consulting sector has moved into the spotlight in recent years and has repeatedly caused a stir, especially in the million-dollar soccer business. In the context of the lecture “Social Media Marketing” held by Prof. Dr. David Wagner, the students of the master program Sport Business and Communication had the opportunity to dive deeper into the world of sports consulting. Christian Nerlinger is well known to many soccer enthusiasts, especially to those who follow FC Bayern Munich. After his long career as a player, Christian Nerlinger started a bachelor program in International Business at Munich Business School. In the workshop’s introduction round, the Dortmund native emphasized how the studies in Munich and the semester abroad at the University of Bozen-Bolzano broadened his horizons. However, before completing his bachelor’s degree, Mr. Nerlinger received an offer from FC Bayern Munich, which probably no one in the sports business could have turned down: From July 2009 on, he first worked as team manager and later as sports director of the German record champion. After leaving in 2012 and several years at SAM Sports, a subsidiary of Pro7SiebenSat.1 Media SE, he founded the agency CN Sports in 2017.

The development of professional football is currently a frequent topic of discussion in public and also in many lectures of the Sport Business and Communication program. Numerous factors such as medialization and globalization have led to a significant improvement in the financial opportunities of many market participants. In addition to many advantages, this also holds some dangers for sport. On the one hand, fewer financially strong clubs and companies fall by the wayside, and on the other hand, the immense sums involved attract a number of black sheep. In recent years, Christian Nerlinger and CN Sports have developed a concept that is compatible with the values and principles of Munich Business School regarding conscious action in economic contexts and corporate responsibility. For program director David Wagner, it is “nice to see that MBS is obviously shaping a type of person who takes responsibility seriously and assumes it – in line with the core value of the institution.”

Christian Nerlinger puts the sporting interests of his players in the foreground. The personal contact between player and consultant is extremely important to him, also because he knows from his many years of experience what a positive influence competent advice has on players. For a large number of players, however, media marketing has also become important, which due to its high complexity also requires expertise on part of the consultant. This topic formed the basis for our digital workshop at the end of April.

The first two hours, however, the students spent with numerous questions about the sector and the responsibilities of a player consultant. In the following, the students developed and presented marketing strategies and concepts. For this purpose, successful models of national and international agencies and players were first researched and analysed. Afterwards the results were discussed and Christian Nerlinger and David Wagner gave the students feedback on their ideas.

The idea of a further collaboration between Christian Nerlinger and Munich Business School met with mutual interest and therefore we hope to welcome him back next year – hopefully not virtually but on the MBS campus. In this sense, a warm thank you once again to Christian Nerlinger for the extremely interesting workshop and the numerous insights!

Football is Attractive for the Fans – and Vice Versa!? 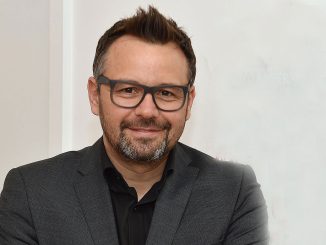 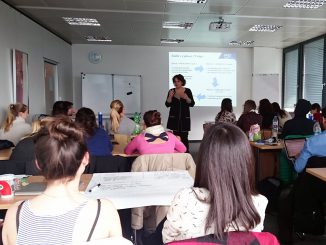