A lot, indeed! Our MBS Bachelor student Daniel Meidl will confirm this. The seminar thesis on the subject of “International Sales & Marketing” that he submitted in the sixth semester is titled: “Market segmentation: Defining buyer groups and developing marketing programs for the online new vehicle placement market”. His excellent paper is a prime example about how students can practically apply the knowledge and understanding of marketing and sales that they have acquired during their first five semesters of the Bachelor program, along with the capacity to develop their expertise into individual handling instructions.

The Bachelor program seminars serve the purpose to learn scientific methods by means of real and current practical challenges. Consequently, the seminars in the sixth semester are a great preparation for the soon-to-follow Bachelor thesis.

The following findings showcased in Daniel Meidl’s seminar thesis are an excellent practical example. That is why we want to present it to you.

Today, it is almost unimaginable that there was once a time where goods and services could not be bought or sold via the internet. In the meantime, almost 94 percent of all internet users over the age of 14 also use this channel for shopping, which adds up to 51 million people in Germany.[1] The situation was completely different in 1999: Back then, e-commerce revenues amounted to a total of 1.25 billion Euros. This year, experts expect record revenues of more than 43 billion Euros.[2] These figures speak a clear language and highlight the relevance of the internet as a sales channel for companies of many industries.

This also applies to the automotive industry. According to the Cars Online 2014 survey conducted by Capgemini, there is a growing interest in selected markets to probably or very probably buy new cars online: 36 percent of the German participants in the survey consider buying their next new car via the internet. In France, the portion is 48, and in China even 61 percent.[3]

However, very few automobile manufacturers offer their customers the possibility to buy a new car entirely via the internet. An exemplary look to the manufacturers BMW, Mercedes-Benz and Volkswagen on the German market shows: BMW solely offers its i3 via the internet. The customer may configure his or her desired car on the website, and then submits a purchase request. BMW, however, sends the actual purchase contract by paper mail.

As one element of a new distribution strategy, Mercedes-Benz opened an online shop that offers a range of various Mercedes-Benz models in December 2013. A customized configuration of the desired car, however, has not been included: The cars are pre-manufactured and, in addition, available only as leasing offers. Prices are no different from those of regular car dealers.

Volkswagen has another concept and operates a new online car platform that can be compared to mobile.de or autoscout24.de. Via this platform, potential customers may submit online queries to Volkswagen dealers for pre-manufactured and available new cars, used cars and employee’s cars. A direct sale, however, is also not possible.

If a customer wishes customized configuration of his car with free choice of manufacturer and payment modalities, he/ she will not have to waive an online purchase: At an early stage, in 2008 to be precise, dealers of new cars already discovered the Internet, and are very active there. This is shown by the sales figures of new cars through online new car brokers, which have quickly multiplied over the past years. While in 2010, only 25,000 new cars were brokered via the Internet, their number had risen to 38,000 in 2012 and to over 42,000 in 2013.[4] This translates into a growth of 68 percent within four years. According to the market leader autohaus24.de, a potential of 385,000 sales of new cars via Internet brokers can be expected in the medium term.[5] This would imply an increase of more than 10 percent of market share for the new cars online business.

Currently, other segments of the automotive market display a much more dynamic development of the online business: Today, the used car market is covered by online portals to a degree of 95percent.[6] However, manufacturers started setting up their own used-car portals later than others. Accordingly, it is not the manufacturers that lead the market, but platforms such as mobile.de or autoscout24.de.

Who is going to buy a new car online?

For his seminar thesis, Daniel Meidl conducted an interview survey and compiled profiles for potential buyer groups. Altogether 156 persons participated in the online survey. Hence, the results are not representative, but do allow certain conclusions. The following diagram shows an example of a typical buyer. “It can be concluded that the potential buyers of new cars via an online broker are younger, predominantly male, more price-sensitive and more internet-affine. They are, however, less interested in test drives and inspections,” explains Daniel Meidl.

After undergoing an internship at a large online broker for new cars, Daniel Meidl concludes: “The online brokers for new cars will make every effort to strengthen and expand their market position in the coming years.” With regard to his seminar thesis, he summarizes: “The internet as a sales channel for new cars offers a potential that has not nearly been exhausted – neither for internet brokers nor for car manufacturers. It is a fascinating field. The seminar in conjunction with this exciting topic spelled twice the fun. Maybe I will buy my next car online, too.”

About Prof. Dr. Hans H. Jung 50 Articles
Hans H. Jung has been holding the professorship for Marketing at Munich Business School since 2012. After his graduation, he worked several years as a manager and consultant for premium car manufacturers in Germany and abroad. Since 2011, he has been working for the management consulting agency UNITY AG as Senior Manager.
About Prof. Dr. Patricia Kraft 19 Articles
Prof. Dr. Patricia Kraft has studied Business Administration focusing on marketing, strategic management and statistics, and did her PhD in the domain of international marketing at Regensburg University and the University of Colorado, USA. During her doctoral studies, she made major contributions to the launch of three new study programs within the Bavarian elite network. After many years of professional practice and management responsibility in the fields of marketing and strategic management in the capital goods industry and in financial services, she now teaches at various universities of applied sciences. She teaches, researches and accompanies practice projects primarily in the areas of marketing, strategy, digitalization, conscious and sustainable business and communication. Patricia Kraft also focuses on the support and connection of future female managers for example with the MBS Initiative Women in Leadership. Since 2014 she has been a professor at the Munich Business School, since 2016, Academic Director of the Bachelor Program International Business and since 2019 Vice Dean Learning & Teaching. She is part of the Teaching Excellence Initiative LehrehochN as well as a member of the Münchner Kreis, the leading independent platform providing orientation for decision makers in the digital world and an advisory council member of the management consultancy WARGITSCH TRANSFORMATION ENGINEERS. 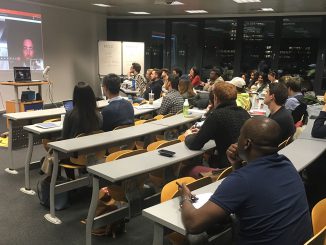 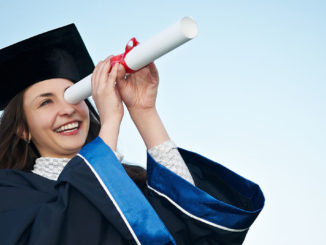 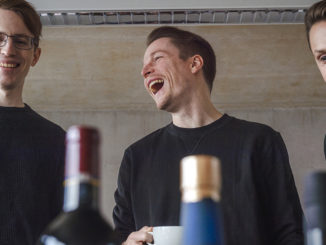