Disruptive business models, based on platform and sharing economy principles, have changed the markets of many industries. On a global level, new participation possibilities are arising for all sorts of business partners. “Swapping instead of buying”, “Loaning instead of owning” are trends from which the sharing economy has emerged. To be able to participate in these new markets, entrepreneurs of conventional business models need reorientation and have to adapt quickly and with flexibility. Present business and internationalization models are not suited to reflect this development. Sharing economy follows other principles that are no longer comparable to those of traditional production corporations.

Sharing Economy, born from the correct and ethical thought of sharing consumer goods and thus saving resources is absorbed by the system of capitalism and opens access to a “digital economy” allowing growth where there are limits to material consumption. This approach is winning ever wider recognition, so that the importance of the sharing economy is continuously increasing. It promises quick, economic and comfortable fulfillment of needs.[1]

Followers of the sharing economy consider it a chance to get to grips with the problems sufficiently known in capitalism – for example the waste of resources or environmental pollution. What is happening today is a post-materialism where sharing instead of owning is defined as the new and smarter form of collaborative consumption aimed at a sustainable and social economy.[2]

Presently, we are identifying a social and also an ecological change. Not only western nations, but the threshold countries, too, place increasing importance on ecology and social collaboration. For many, possession has ceased to be a first priority; they seek a sustainable life style and a better quality of life instead. Fulfilling these objectives also is within the potential of sharing economy.[3]

Sharing economy opens new opportunities to customers and providers. Because of platforms such as Airbnb or Couchsurfing brokering low-priced accommodations, some can now travel to destinations that previously were beyond their financial reach. Service providers like Uber increase the individual mobility in urban centers, breaking through the monopoly of traditional non-public transport companies.

That this concept – in principle – has the potential for commercial success is out of the question. But it is necessary to do away with those frame conditions that prevent sharing economy initiatives from ultimately succeeding. This applies, for example, to the regulations regarding liabilities of sharing economy startups: legal gaps must be closed and standards must be introduced that shape the framework conditions for sharing economy business models, making them just in the long term. But even if profound changes of the present framework conditions were introduced, profits would be distributed more justly, yet they would still remain significant e.g. for the mere allocation of a digital platform.[4]

If the principles of sharing economy prevailed consistently and extensively, it would imply that less goods would have to be produced. Traditional companies, the very existence of which depends on the production of large numbers, would come under pressure by the fact that sharing would lead to a reduced production output. It will be a big challenge for conventional companies to adjust to this paradigm change. A shift of production and distribution of goods towards allocation and service provision would be the consequence.

It is expected that sharing economy will significantly change a very large number of industries and that this trend will be irreversible. This suggests a huge potential, offering impressive opportunities but also big risks. Sharing economy leads to a consumer culture that no longer defines itself by ownership but by targeted, easy and fast access to services and products via online platforms that are the subject matter of these companies, which by their very character justify the label of “born globals” and which look at the world market as a whole. [5] 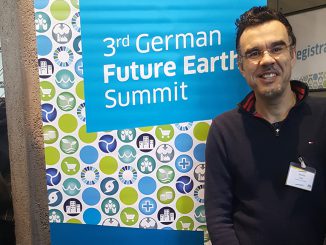 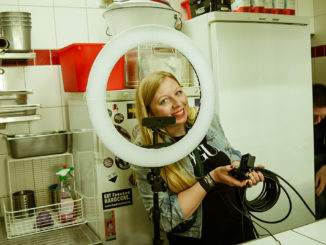 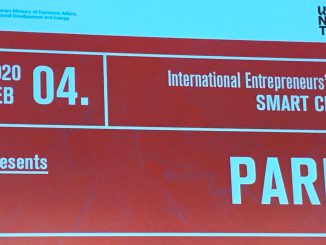 Innovative Ideas for the Cities of the Future