“That was the best event!” That was the reaction of several participants after we welcomed Volkswagen’s Mr. Elektro, Thomas Ulbrich, to Munich Business School. The board member of Germany’s largest company with a market cap of over €152 billion, employing more than 670,000 globally, and now described by The Economist as having “set out to become the biggest computing company in Germany after SAP” (Schumpeter, 2021), presented and answered questions on the future of eMobility.

Students and faculty listened in as Mr. Ulbrich talked about his career, presented VW, the future of VW’s eMobility plans, and answered questions. The students were called upon to present their questions live and personally to Mr. Ulbrich. It clearly caught many students by surprise as they were on their way home from an internship, sitting at their home study area, or while sitting on their couch. It was definitely an event to remember as bachelor’s and master’s students, and those working on a thesis about BEVs (Battery Electric Vehicle) posed questions directly, and live, to a VW board member. Mr. Ulbrich interacted with the students encouraging them with the follow-up questions.

Questions began with the topic of Mr. Ulbrich’s experience and learning during his time in China in the 1990s, where he admitted it was an adventure and the biggest learning experience he encountered. He said it taught him to not only do things in a different way but to also be happy about little things like being able to get a Coke.

Mr. Ulbrich pointed out that “eMobility is more than just a new product” with multiple barriers such as price, range, and charging infrastructure. This triggered multiple questions from the audience ranging from how customer insights are used in research and development, to competing with Tesla, to battery usage and production impact on the environment, to the impact of Dieselgate to the shift towards BEVs.

One of the most interesting projects he is working on is focused around software, as “the future is based 80% on software”. As a board member, he claimed the most difficult decision to make about eMobility was about which battery cell technology to use. The first challenge it poses is if a company is the first to embrace new technology it is a very expensive proposition and if a company is too late, it is behind the market.

Despite all of the great and impressive successes Mr. Ulbrich has achieved, and to become a member of the board, there is a long list, he was also questioned about past failures. In referencing one particular failure, he answered that he is “proud to say for some special mistakes, I’m now an expert for opening plants”. Building on the topic, Mr. Ulbrich provided advice on dealing with failures, that the key is to not be frustrated by them, but rather to pay attention to what you can learn from them. He stated that he takes time to reflect on all failures, writing down what went wrong, and completing his personal lessons learned. “It doesn’t matter how many mistakes [you make], it is more important to learn from it and change and ask others what went wrong if you can’t figure it out yourself.” Great words of wisdom, from which we can all learn.

When asked about what would make his life easier in the future in regard to eMobility, Mr. Ulbrich returned the question with “Is it goal to strive to have life easier, or to have it interesting?”. Again, an impressive answer that demonstrates his welcoming of challenges. The last question was “What advice would you have for students starting their career?” and was answered “be creative, challenge yourself, be bold, do it, don’t talk about it, but do it!”

While there were still many questions to be addressed as the session drew to an end, one of the biggest questions should be if the event wasn’t the best, but the ultimate guest event of the academic year.

About Prof. Dr. Christopher Weilage 60 Articles
Christopher Weilage, professor for Business Administration and Business Communication, has his university focus on topics of international business and communication. Weilage acquired his MBA in International Business at the Moore School of Business of the University of South Carolina, USA and – subsequently – the IMBA International Business at Helsinki School of Economics and Business in Finland. The US-born American citizen graduated on e-learning at the chair for German as a Foreign Language of the Ludwig-Maximilians-University in Munich.
About Prof. Dr. Gabriella Maráz 34 Articles
Gabriella Maráz is Professor for Intercultural Management and Research Methodology and focuses on information and communication psychology and work techniques. 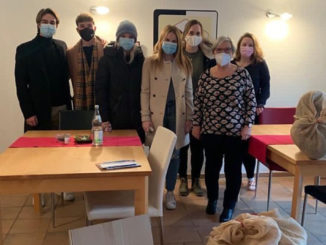 On the Road As St. Nicholas – MBS Bachelor’s Students Donate Gifts to Children’s Home in Ulm as Part of Their Social Service Project 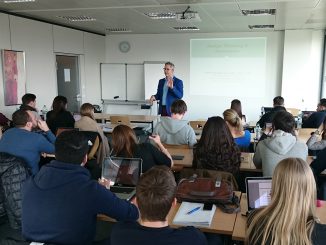 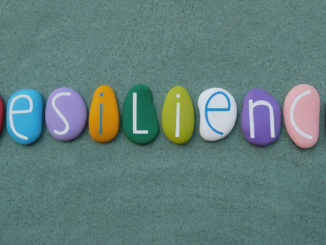 Resilience Management @ MBS: Dealing Responsibly With Yourself as a Key Competence for the Future