Could the students of the Master’s degree program Sports Business and Communication have imagined a better place for the last physical lecture before the switch to online teaching due to the Corona crisis?

Simon Trägner, lecturer of the courses “Sports Sponsorship” and “Sport Event Management” at Munich Business School, has been following a special approach in his lectures for some time now. In order to provide students with the best possible insights into different workplaces and industries, he organizes the majority of his lectures at external locations. For example, the first lecture in the field of sports sponsoring took place at Serviceplan, one of the largest owner-operated advertising agencies in Europe. A visit to Sport1 Medien AG in Ismaning was also scheduled for the coming weeks, but due to current events, it will take place online.

However, before the university and the ministries decided to suspend physical attendance of the classes, the students were still able to enjoy the benefits of a field trip to the Allianz Arena on March 13. Although each of the students had already been able to visit the arena for matches of FC Bayern or 1860 Munich, the inspection during the lecture was a novelty and an outstanding highlight for each participant. After the students had met with Simon Trägner at 9 a.m. at the Service Entrance West, they found themselves in one of the hospitality boxes of the Allianz Arena. Shortly afterwards, Kirsten Beier, a long-standing employee of Allianz Arena München Stadion GmbH, invited the students to a guided tour of the stadium. During the tour, Kirsten Beier gave those present a number of interesting insights into the structures and everyday life of the Allianz Arena. The company is a wholly owned subsidiary of FC Bayern München, after the arena was initially designed for shared use with TSV 1860 München. A prerequisite for the construction was the promise that the arena would only be used for football. The background was the city’s wish to continue to use the Olympic Stadium as an important location. In addition to the VIP areas and press rooms, the students were allowed to visit the players’ tunnel and step onto the pitch. During the guided tour, the students asked Kirsten Beier numerous questions about all areas of her work for Stadion GmbH and the events of the Bundesliga, Champions League and international matches of the German national team.

Afterwards, the participants returned to the box, where the regular lessons with Simon Trägner were continued. During the lecture, which is always extremely interactive, the students dealt with all aspects relevant to the preparation and implementation of sports events. At the end of the semester, the students are to work out the concept of a complete event, from analysis and strategy to implementation and evaluation. The amount of organization and tasks that have to be considered in the planning of sports events is immense. However, no planning can protect the organizers from unforeseeable events, a circumstance that we are all currently experiencing in so many areas.

Many thanks to Kirsten Beier and Simon Trägner for the extraordinary insights into the processes at FC Bayern Munich and the Allianz Arena! 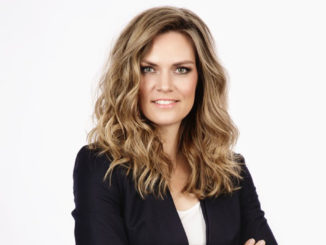 Interview With Julia Scharf, Sports Presenter and Lecturer in the SBC Master’s Program 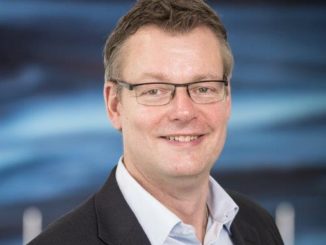 Interview With Jörg Kottmeier, Head of the Editorial Hub at BMW and Lecturer in the SBC Master’s Program 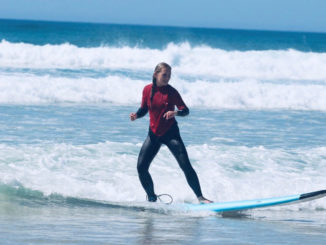